Top 10 Strangest Competitions around the World 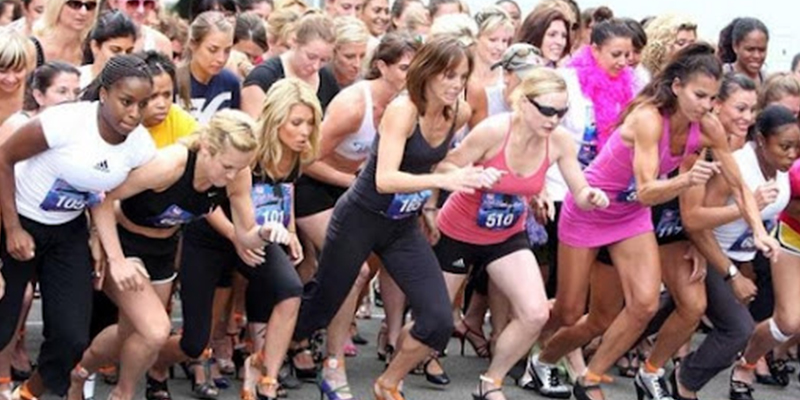 Top 10 Strangest Competitions around the World

10 The Championship of Extreme Ironing The inaugural Extreme Ironing World Championship was held in 2002, with 12 teams from across the world competing for the title of extreme ironing champion. Meanwhile, a documentary was made that became quite successful. Phil Shaw wrote Extreme Ironing in 2003 as a result of his growing popularity.

9 The Championship of Crawling The inaugural “Marathon of Toddlers” was organised in Colombia in 2005, with 1122 toddlers participating. Children ranging in age from eight to eighteen months anxiously crawled over a five-meter span. It’s understandable if not all participants completed the distance. The Ministry of Health organised this event to promote sports and a healthy lifestyle.

8 Football in a Mud Swamp football is a kind of association football played in marshes or bogs. The sport is thought to have originated in Finland, where it was first employed as a form of fitness for athletes and soldiers because to the physical demands of playing on soft muck. Thousands of men and women were ankle-deep in muck in 2008, competing for the main prize of the annual 10th Mud Football Championship. This epic event took place in Finland, in a natural mud bog that was turned into 22 60×35 metre gaming fields just for this occasion.

7 The Championship of Throwing Eggs The throwing of eggs is a serious sport that takes place all over the world. Since 2006, the annual egg-throwing competition has been held in Sutton, England. There are four competitive disciplines in the event, each with a large financial prize pool.

6 The Championship of Climbing to Palm Trees The 17th of August is Indonesia’s Independence Day. Traditional folk festivals, fireworks, and numerous competitions mark the occasion. Climbing a palm trunk is the most difficult competition, and it is competed in by a team of four persons. Climbing atop a perfectly smooth, greased trunk is a difficult task. Some groups build a ladder by clinging to one other’s shoulders. Prizes range from towels, shirts, and other useful trinkets to mountain bicycles and cash certificates at the top of the trunk. The higher the trunk, the more valuable the reward — this is a rule. At 1976, in a single pub in Derbyshire, Great Britain, the inaugural World Championship on Feet wrestling was held. In a life-or-death situation, participants converged with their big toes! The organisers even requested to have the sport included to the list of Olympic sports in 1997. This concept, however, was not embraced. Foot wrestling, by the way, is a dangerous activity that frequently ends in damaged ankles and broken toes. Jamal Tkeshelashvili, 18, was not joking when he threatened to rip you apart with a hot water bottle! He did, after all, win the championship for inflating warmers in 2009. Jamal was able to burst three heaters in total: one for 23 seconds, the second for 16 seconds, and the third for just 13 seconds.

3 The Championship on Whistle If you are not in little town Irvinstown, you can get a smack in the face for whistling at seeing a gorgeous female today. The inaugural championship on “the wolf” whistle was held in Ireland in 2009. The ultimate award went to the participant who was able to show his enthusiasm for fair sex through whistles better than the rest! Stephen Millar, the town butcher, was the culprit. Many cities, including Sydney, Paris, Amsterdam, and even Moscow, have the strangest races on heels competitions. Residents in Milan, on the other hand, were in fortunate because they were able to compete for a pair of gorgeous, high-end shoes designed by Manolo Blahnik himself! The 300 competitors in this challenge had to cross an 80-meter distance in heels that were no less than 7 cm thick and no thicker than 1.5 cm thick.

1 The Championship on Unemployment

People who have lost their jobs as a result of the economic downturn are not going to hide in their houses and moan about their bad luck. A gathering of jobless individuals met in New York on March 31st, 2009 to participate in the so-called Olympic Games of the Unemployed. One programmer, who had recently been asked to quit, had such an idea. Twenty Olympians competed in the “Accuse the Boss,” “Throwing the Office Phones,” “Office Boxing,” and “You Are Discharged” competition categories.