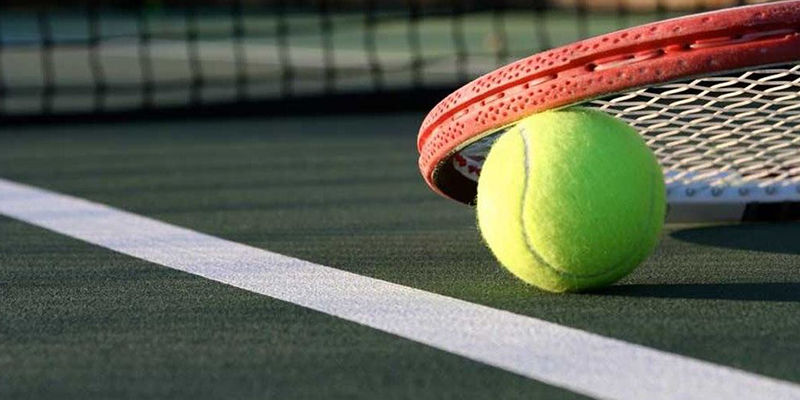 Badminton is named after Badminton House, which is located in the English county of Gloucestershire and is the residence of the Duke of Beaufort. In 1873, the Duke is credited with bringing back from India a variation of the game called Poona and teaching it to his visitors. The newly created Bath Badminton Club devised the first set of codified regulations in 1877. The Badminton Federation of England was founded 16 years later, and the inaugural All England Championships were held in 1899. Badminton made its Olympic debut in Munich in 1972, albeit only as a demonstration sport. Squash may be traced back to the rackets game. In the early nineteenth century, inmates in London’s Fleet Prison loved hitting a ball against the walls with rackets. Around 1830, students at Harrow School realised that a pierced Rackets ball, which’squashed’ on collision with the wall, generated a game with a larger variety of strokes and needed considerably more work on the players’ part. Squash was formally formed as a sport in 1864, when the school built the first four squash courts. The initial set of rules was agreed upon in 1886, and by the 1890s, the game had spread to many regions of the globe. Rowing had been utilised as a mode of transportation in Egypt, Greece, and Rome, but it was only in the 17th and early 18th centuries that it became a sport in England. Doggett’s Coat and Badge Race, which has been contested annually since 1715, is considered to be the world’s oldest rowing competition. The Oxford-Cambridge university boat race, which began in 1828, and the Henley Royal Regatta, which began in 1839, were the forerunners of contemporary rowing. In the nineteenth century, the sport was brought to America. All editions of the Olympic games have featured rowing, with the exception of 1896, when the competitions were cancelled due to a rough sea. In the mid-nineteenth century, water polo is supposed to have started as an aquatic variation of rugby football in England’s rivers and lakes. They utilised a Pulu, an inflated, vulcanised rubber ball imported from India that signifies “ball” in Hindi. The origin of the name ‘Water Polo’ may be traced back to the English pronunciation of the word ‘Polo.’ Water polo regulations for indoor swimming pools were devised by the London Swimming Association in 1870. The game was first played in the United States in 1888, and it followed the American Football structure. Early variants of basketball influenced the development of netball. Basketball was first adjusted for ladies in 1891. Women’s basketball became popular in the United States and England, where the rules were adjusted over time to create a new sport known as netball. Madame Ostenburg’s College is considered to have been the first place in England where netball was first played in 1895. It soon expanded to many British Commonwealth countries, despite the fact that there were few regulations in place at the time, with nine-a-side and five-a-side variants of the game available. The earliest netball regulations were written in the early twentieth century. National netball organisations were created in the 1920s to organise the sport in their different countries. Upper-class Victorians in England established table tennis in the 1800s as an elegant after-dinner alternative to lawn tennis. It was commonly played on huge dining room tables, with a line of books serving as the net. The ball would be the rounded tip of a champagne cork, and they would occasionally use little rubber balls from children’s toys. The racket would be a cigar box lid. The plastic balls, on the other hand, were manufactured in the United States in the 1880s by Parker Brothers and introduced to England by James Gibb after his tour to the United States. Cricket’s origins may be traced back to England in 1550, when the game was first documented in Guildford, Surrey. The term cricket is derived from the Anglo-Saxon word cricc, which meaning shepherd’s staff, since the original players are said to have been English shepherds who batted with their criccs. There is additional evidence that it was played in the 1600s in various regions of Kent and Sussex. The first known set of cricket regulations was printed on a handkerchief in 1744, but the rules were codified in 1797 by Marylebone Cricket Club (MCC). The first fixed fixture between Eton and Harrow was played in 1805. Earlier forms of tennis have been played in Egypt, Italy, France, and possibly England. They evolved into racquets and squash racquets, among other racket sports. Major Charles Wingfield patented the equipment and regulations for today’s lawn tennis game in 1874. The All England Croquet Club and Lawn Tennis Club held their inaugural competition utilising Wingfield’s regulations in Wimbledon in 1877. Wimbledon, the U.S. Open, the French Open, and the Australian Open were all founded during this period: Wimbledon in 1877, the U.S. Open in 1881, the French Open in 1891, and the Australian Open in 1905. The Davis Cup, the inaugural team competition, was inaugurated in 1900 alongside the women’s counterpart. Rugby was first played around 1820 at Rugby School in Warwickshire, and it was similar to football. The ball might be caught and kicked out of the players’ hands. In 1823, a 16-year-old Town House lad named William Webb Ellis is reported to have sprinted with the ball, giving the game its distinguishing feature. The first written regulations, on the other hand, were published in 1845. As the Rugby School lads transferred to Oxford and Cambridge, the game grew in popularity. Graduated instructors would take the game to other regions of England, Wales, Scotland, and the rest of the world after graduating from universities. Football was first played in England during the Middle Ages, and it quickly expanded to Ireland, Scotland, and Wales. There were additional games where balls were kicked around a field in different regions of the world. The contemporary game, often known as association football or soccer in America, has its origins in England in the 1800s. Representatives from England’s largest public schools convened around Cambridge University in 1848 to settle on regulations that would standardise the games played between teams. The Sheffield Rules were developed in the 1850s by a group of clubs in the north of England. On the 26th of October 1863, a solicitor.