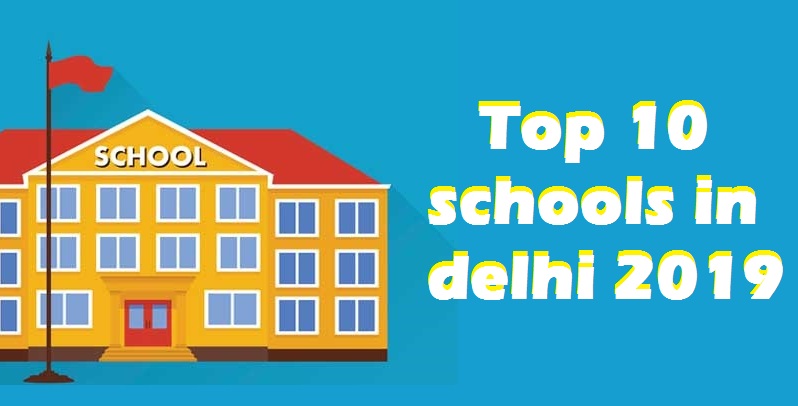 These days its very hectic concern to find best school in delhi NCR so we have done some analysis to find the best top 10 school in delhi ,Your spouse has been transferred to the nation’s capital and you have to join him with the kid. Are you worrying whether your child will be able to score well in the boards? If CBSE is the board you have decided on let’s make life slightly simpler for you.

We have compiled a list of best Delhi-based CBSE Schools in this primer:

Vasant Valley School is a co-educational private high school in Vasant Kunj, Delhi, India. After its inception, the school accepted students in July 1990, up to grade 4. The school added a new grade each year as the classes graduated to the next level The first name which comes to our mind is the Vasant Valley School. Children can join this school when they reach the age of three. In a class, there is a maximum of 30 children which ensures that each child gets individual attention.

The Shri Ram School is a co-educational private school in India. It is one of the most sought after schools in the country. Founded in July 1988, The Shri Ram School now spans across four grounds, from the junior school in Vasant Vihar to the senior school which spreads across acres in Moulsari, Gurgaon. The school takes special care in understanding the potential of each student and garnering their talents likewise.

Sanskriti School is a recognized integrated co-educational school in the diplomatic area of Chanakyapuri, New Delhi. It is affiliated to CBSE, and offers education from Nursery to XII Built in 1996 and associated to CBSE, Sanskriti School has been rightly positioned as one of the best schools in Delhi. The school grounds include a library, gymnasium, swimming pool, and music schools which provide students with adequate exposure to extra-curricular activities. The student-teacher ratio in this school is 10:1.

Set up in 1956, The Mother’s International School is situated in the quiet, tranquil Aurobindo Ashram on Sri Aurobindo Marg. The school is affiliated to CBSE and has around 200 instructors. Keeping in mind The Mother’s vision of basic training, this school nurtures the children with a lot of care and attention.

Springdales started out as a little nursery and kindergarten at the home of Mrs. Rajni Kumar, the administrator of Springdales Education Society and her significant other, the late Mr. Yudishter Kumar, who served the Supreme Court. Apart from extensive classrooms and play areas, they have Maths and Science research centers, a Computer Resource Center, a hall, an open-air theater, and a Teachers’ Learning Center.

The reputed Modern School, Barakhamba is synonymous with quality education and is a pioneer in guiding the students toward all-around improvement. This sprawling manor belonged to Lala Sultan Singh, a successful businessman in British India. It was the first co-educational school established in Delhi.

Delhi Public School, R. K. Puram is a co-educational day and boarding private school educating pupils from the 6th to 12th grades, located in the South Delhi district of New Delhi, India . One of the most prestigious schools in India, DPS RK PURAM was established in 1972. Life of the students at this school revolves around a shared commitment toward academic excellence, art, athletics, sportsmanship, intellectual growth and community service. By instilling the motto, “Service before self”, it equips the students with practical and intellectual skills which are necessary to face the challenges in the future.

Mount Carmel is one of the premier institutions in the country today. It is dedicated to the cause of making a difference to the society by nurturing children with discipline and directing them toward a relentless pursuit of excellence. The school is registered with the educational society, Mount Carmel School Society.On July 10, 1972, twelve pairs of tiny feet brought in the very first batch of students into the home of Flt. Lt. Vijay and Neena Williams.

The Mother’s International School is a public secondary school in New Delhi, India. It is an establishment of the Sri Aurobindo Education Society, an agency of the Sri Aurobindo Ashram. It shares its campus with the New Delhi branch of the Ashram .It is affiliated to the Central Board of secondary education. It had only 15 studentswhen it started. Today, it has well over 2000 students under its roll.

Also, the school is a member of SPICMACAY and has been featured as the best school in the city in the Outlook C-Fore Best School Survey.

Air Force Bal Bharati School established 1955, is a senior secondary school situated on Lodi Road, New Delhi, India, and run by the Indian Air Force Educational and Cultural Society. It is affiliated to the Central Board of Secondary Education .