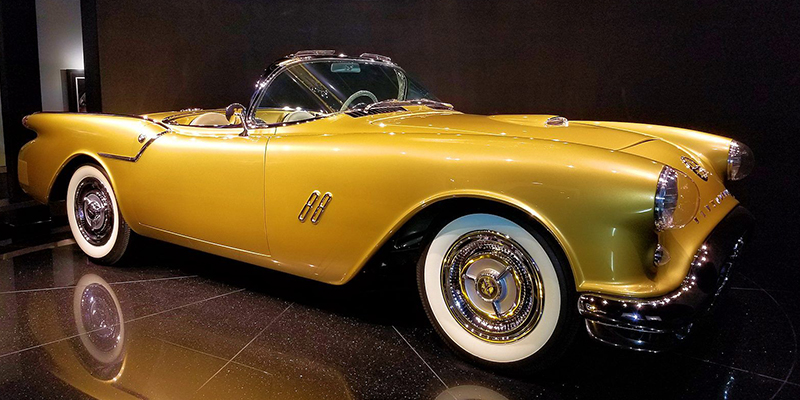 We may consider this automobile to be precisely what its ‘last name’ says, a panther, due to the inspired form of its elegant and quite distinctive design of the era, which at the time looked to be that of the cat’s face. Packard Panther’s concept design was intended to show the world where automotive design and the future were headed in that age, and it was surely shaped with great care to ensure it was exactly as envisioned. By the late 1950s, the Packard Company had planned to incorporate a new fleet design, but it never went into full production, leaving the Panther as one of the most sought-after automobiles in the brand. As the year implies, 1948 is a very long time ago, which means it is also quite rare. We’re looking at a one-of-a-kind automobile that epitomises what BIG made cars have always been about. Men in their forties would have loved driving and owning one of these cars as a family vehicle. I’m seeing males in double-breasted jackets, fedora hats, and about two youngsters (boy and girl) in the front seat, as well as a scrambly automobile that makes a lot of noise as it takes off. Preston Tucker, the father of this huge sized automobile, only managed to produce 51 of these before his firm collapsed and closed down. If the Aston Martin Bulldog and the DeLorean were parked next to each other, an observer may mistakenly believe that one of the cars is an earlier or newer model of the other due to their distinctive flattened shapes, which feature doors that open upwards. At first appearance, the automobile may be mistaken for an earlier Lamborghini model. And, like Lambos, the Aston Martin Bulldog has just one form that is well-known across the world due to its unique design. Aston Martins have long been known for their classic design, even in contemporary variants. Speaking of rare automobiles with gullwing doors, the Mercedes-Benz 300SL had one to pull up as a 2 seater of luxury back then, much like we have our 2 seater luxuries now, which are highly pricey despite being very common and in large production on the supercar markets. The Mercedes-Benz 300SL Gullwing, on the other hand, is both uncommon and costly, assuming you can locate one for sale today. Due to the creation of a newer roadster concept version, this beauty only lasted around two years in production. Despite the fact that the beauty was only produced for a short period, it was one of the world’s quickest top-speed automobiles at the time. Wow, Talbot Lago! It resembles a more refined version of the famed Batman automobile. The front of the Talbot and the front of a vintage Aston Martin are also quite similar; by old, I mean the DB-5 production design concepts. The back of the car, on the other hand, is really traditional and curved, giving it an extended appearance, which is one of the car’s most distinguishing aspects even at first glance. Even in those days, the Talbot lago Grand Sport might be regarded a presidential car because of its shape, design, and price, which all have a ‘upper society’ appeal. We’ve been so accustomed to our pre-conceived notions and mental ideas of what a Porsche should look like that, regardless of the model, we always seem to return to the same general form. This might be owing to the fact that we only see one shape of Porsche all of the time, and no one could blame us. Porsche has maintained its gecko-shaped design in all of their models, or at least most of them, through the years, but a tiny curvature, a bit off, or a lack of metals in a car may drastically alter how it appears, as they have ingeniously done with the 916 design. We can still discern glimpses of the gecko head design in this one, but we had to look a little closer than first glance. 1954 was a year of many firsts in terms of all of today’s iconic automobiles, which began as a dream in man’s head and eventually found their way onto the streets. In its unusual style and shape, the Oldsmobile has clearly avoided colourful and aggressive. In reality, older automobiles had more vroom than some of the futuristic designs we have now, all constructed to remain in line with ‘economic’ compensations. The Oldsmobile epitomises the traditional appearance and feel of what a vintage car is intended to be in today’s world. Other than its exotic ladies, the scenery, the countrymen and their class and unorthodox style, the food, and the unending romance, Belle Italia (Beautiful Italy) has lot to boast about. Oh, and I almost forgot to add their superbly constructed automobiles, which have always represented the highest level of quality throughout its history of production. Ferraris may be seen on the streets of Italy, as well as all over the world, and they cost a lot of money, but not this one; you won’t see this one driving about like a regular on the streets. This isn’t a vehicle! Technically, it’s made up of biscuit shaped ‘rims’ (I’m not sure if I can even call them that) with bicycle threaded tyres wrapped around it. The horn is actually a horn that can be seen from the outside, and it looks like a trumpet. The back seems to be the front, which is sort of the reverse on the Helica De Leyat since the pointy side of the body faces the back. And then there’s the front! ( The front, on the other hand, features a huge circle with a fan, similar to those found on boats that can also drive on land. Due to the fact that it was built in the early 1920s, this is unquestionably one of the oldest and most valuable automobiles. The Rolls-Royce 15 HP is unquestionably the rarest automobile in the world, since it was the first car, model, to be created by Charles Rolls and Hendry Royce, and it was clearly the starter of the brand’s success, which they are pleased to have today. Can you image how thrilling the creation of this vehicle would have been in 1904, at the very beginning of the twentieth century, when motorcars were one of the most important innovations ever developed since the 1800’s? Only ONE Rolls-Royce 15 HP is known to exist out of a total of six produced.