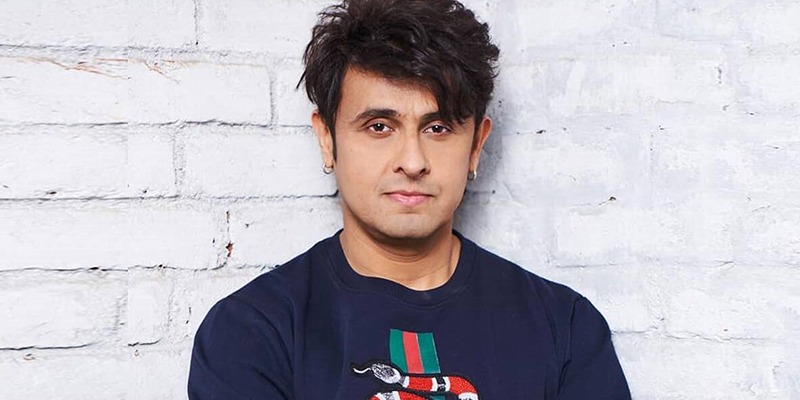 Kanika Kapoor, an Indian vocalist, is ranked #10 on this list of prominent Bollywood singers. In a short amount of time, she rose to become one of Bollywood’s most well-known female playback singers. At the age of 12, she is on track to study classical music. Her debut hit, “Jugni,” was published in 2012 and quickly gained popularity as a single. Following that, Bros Anjjan invited her to perform “Baby Doll” from the Bollywood film Ragini MMS 2. This song has captured the hearts of the public and has become the most popular song of 2014. Dhvani Bhsnushsli is a well-known Indian pop singer well known for her song “Vaaste.” On YouTube, this song has over a billion views. She is the first Indian woman to accomplish this feat. Dhvani Bhanyshali was born in Mumbai on June 2, 1998. She has loved music since she was a youngster. She decided to start a YouTube channel as a result of her interest. This channel was a watershed moment in her life. She was then given the opportunity to perform the song “Istehaar.” In just 24 hours, the song ‘Dilbar’ has received 25 million views. Shreya has the nicest tone of voice in India, and no one can match her melodious voice. As of 2021, she is the most popular Indian female vocalist in Bollywood. She made her debut appearance in a singing competition reality show called “Sa Re Ga Ma Pa.” The judges showed their respect for her. Later, Shreya performed for the film Devdas, for which she received the highest honour and amassed an incalculable following. Shreya sang Journey and Laafze Bayaan for the film Piku. The song “Manwa Laage” is a terrific and outstanding success from 2014. Sunidhi Chauhan, an Indian singer, is well-known for her electrifying, one-of-a-kind voice. She used to solely perform at local gatherings when she was four years old. At the age of 12, she made her Bollywood debut in the 1996 film Shastra. She is currently a prominent and well-known Bollywood singer in the year 2021. Sunidhi has received several honours for her work as a playback vocalist. Her enchanting voice captivates all music enthusiasts. She has performed in a variety of languages, including Oriya, Punjabi, Marathi, Kannada, Tamil, Telugu, Urdu, and English. Aa Bhi Ja, Dhoom Machale, Beedi Jalaile, Sheela Ki JawAni, Patang Wali Dor, and many others are among her fantastic tunes. The list of the most popular Bollywood singers in 2021 would be incomplete without him. He is regarded as one of India’s most versatile playback singers. He has sung in a variety of languages, including Manipuri, Gharwali, Oriya, Assamese, Punjabi, Marathi, Telugu, Nepali, and others. His lovely voice has won him a large number of followers all around the world. He began singing when he was 19 years old. In 1990, he launched his album “Rafi Ki Yaadein,” and his first movie song was Janam. He is regarded as one of the most gifted young playback singers, songwriters, and actors of our day. He is a skilled Mumbai-based vocalist with a background in core music. Arman Malik’s song tracks have surely made their way into everyone’s music collection. Armaan Malik has also sang in a variety of languages. Armaan Malik is a very young vocalist in comparison to other well-known Bollywood singers. On July 22, 1995, he was born. He made his debut in the film ‘Taare Zameen Par.’ Atif Aslam is the most gifted Pakistani vocalist who has contributed his voice to Bollywood and received widespread acclaim. His first single, “Woh Lamhe,” propelled him to stardom in Bollywood, but his first smash in Pakistan was “Aadat,” which he sang with the Jal band. For Salman and Katrina’s film Tiger Zinda Hai, Atif has composed another extremely successful song, “Dil Diya Gallan.” Every Indian music fan is now aware of her vocal prowess. She is a well-known vocalist who made an indelible mark on Bollywood music in a short period of time. Her romantic and love songs have made her famous. Her songs are very popular among the younger generation. In 2008, she released her debut album, Neha-The Rock Star. She rose to prominence because to the song Sunny Sunny from the Yaariyan film. Neha Kakkar’s extremely successful songs include Car Mein Music Baja, Tukur Tukur, Kala Chashma, Dilbar Dilbar, Sirf Tum, and many others. He’s also a fantastic songwriter and composer. Because of his lovely voice, he has become quite well-known in India in recent years. He can play guitar, harmonium, flute, and piano, among other instruments. In addition, he is a national-level shooter as well as a district-level athlete. Jubin began his career with the film Sonali Cable’s song “Ek Mulakat.” In the same year, he recorded Meherbani, which went on to become a great hit in India. Arijit Singh is a Bengali actor who made his television debut in 2005 on the Indian reality show “FAME GURUKUL” on National Television. In this list of the most popular Bollywood singers in 2021, he is ranked first. With the song “Tum Hi Ho” from the film Aashiqui 2, his debut appearance became a smash in Bollywood. It went on to become the most well-known song of the year. Arijit is well-known for his ability to sing in a variety of styles. Suno Na Sangemarmar, Kabhi Jo Badal Barse, Aj Phir, Khamoshian, Sanson Ko, Sooraj Dooba, Janam Janam, Gerua, and Phir Bhi Tumko Chahunga are some of Arijit Singh’s all-time superhit songs.