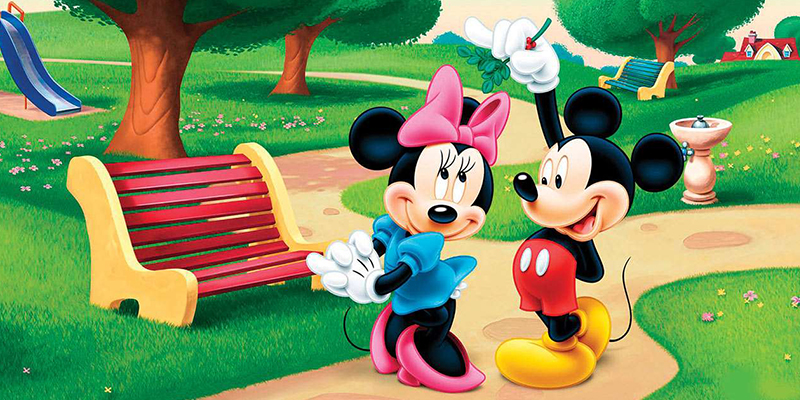 Daffy Duck initially appeared in the short Porky Duck Hunt, directed by Tex Avery and drawn by Bob Clampett, released in 1937. Daddy Duck was one of the original “screwball” characters, appearing in 130 Golden Age cartoons. He frequently appears alongside his buddy Porky Pig and is portrayed to be Bugs Bunny’s envious competitor. Bugs Bunny had his debut appearance in a Tex Avery-directed animation called a Wild Hare in 1940. During America’s Golden Age of Animation, he was designed by Leon Schlesinger and voiced by Mel Blanc. Bugs Bunny has starred in and appeared in several films, TV programmes, comic books, and amusement park attractions, and is most known for his mischievous demeanour and Brooklyn accent. In Merrie Melodies and the Looney Tunes series, he became the primary character. The Tom and Jerry animation, created by William Hanna and Joseph Barbera for Metro-Goldwyn-Mayer in 1940, has become one of the most well-known and well-loved cartoons ever. The narrative revolves around the never-ending hunts and fights of Tom and Jerry, a housecat and a brown mouse. Tom follows Jerry, but because to his cleverness and quickness, Jerry nearly always wins.

Elzie Crisler Segar developed Popeye in 1929 for his Thimble Theatre comic strip, which was eventually renamed after the character. Max Fleischer Studios launched the Popeye cartoon series in 1933, which was later continued by Paramount Studios. He’s known for his pipe, his massive muscular arms with two anchor tattoos, and his squinting right eye. He also consumes spinach for super strength, since he can carry large items and protect his betrothed Olive Oyl from baddies. Scoobert “Scooby” Doo is the protagonist of the same-named television series developed by William Hanna and Joseph Barbera in 1969. Scooby Doo is a Great Dane with Fred, Velma, Daphne, and Shaggy, his closest buddy with whom he shares personality qualities. Scooby Doo has a speech handicap, and most of his utterances begin with a ‘R,’ yet his buddies understand him. “Scooby-Dooby-Doo!” is his catchphrase. Where Have You Gone, Scooby Doo? On September 13, 1969, the first episode “What a Night for a Knight” aired on the CBS network. William Hanna and Joseph Barbera invented Frederick Joseph (Fred) Flintstone. In 1960, he made his debut appearance. Wilma Flintstone is his wife, and they have a daughter named Pebbles. Barney and Betty Rubble, Fred and Wilma’s next-door neighbours, are great friends. Fred has a pet dinosaur named Dino, so they live in an ancient village where dinosaurs and people cohabit. His distinctive appearance includes black hair, a large nose, and an orange loincloth with black dots that he wears with a tie. Bonzo the Dog was designed by George Studdy in 1922 and is beloved by both children and adults. His black and white ears, a few black patches, a little tail, and huge blue eyes are his defining traits. He has roles in movies and on stage. By the mid-twentieth century, bookshops, toy stores, and department stores were all stocking Bonzo’s items, which included toys, ashtrays, trinket boxes, vehicle mascots, jigsaw puzzles, novels, and candy.

Donald Fauntleroy Duck is Donald Duck’s full name. He is one of the most well-known cartoon characters. He’s also recognised for his signature sailor shirt, cap, and lack of trousers, as well as his short temper, numerous fights, and stupid, yet endearing antics. Donald Duck was born on June 9, 1934, and made his debut appearance in a Silly Symphony cartoon called “The Wise Little Hen” in 1934. Between 1934 and 1959, he appeared in over 152 cartoon cartoons. Mickey Mouse is one of the most well-known and well-known cartoon characters of all time. He was ‘born’ in 1928, the year his debut film was released. The mouse’s original name was Mortimer Mouse, but Walt Disney’s wife, Lillian Disney, gave him the name Mickey Mouse. Plane Crazy, his first completed cartoon, was not well received by distributors. The Gallopin’ Gaucho, the second animation, had the same outcome. Otto Messmer, a cartoonist, and Pat invented Felix the cat in 1919. With his trademark smile, black body, wide eyes, and The Magic Bag of Tricks from which he can take out anything he wants at the time, he is recognised as one of the most popular cartoon characters of the silent period. His debut appearance was in the short film Feline Follies, which was later adapted into a book. Felix was syndicated in over 250 newspapers by King Features.