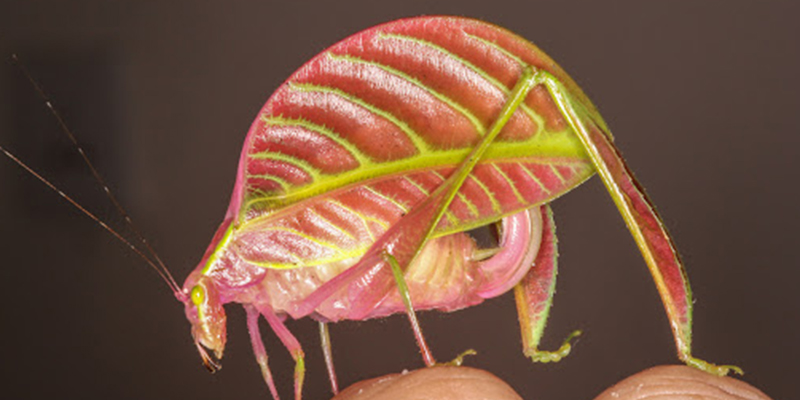 Eriovixia gryffindori is a spider species belonging to the Araneidae family. Eriovixia is the genus of the animal. Javed Ahmed, Rajashree Khalap, and Sumukha Javagal discovered it in the Indian state of Karnataka in 2015. Eriovixia Gryffindori, often known as the Harry Potter spider, was discovered in Karnataka, India, and is named after the sorting hat from the Harry Potter books. Javed Ahmed, Rajashree Khalap, and Sumukha Javagal were the ones who discovered it. The Sulawesi root rat, Gracilimus radix, belongs to the Muridae family of rats. It is a monotypic species, meaning it is the only member of the Gracilimus genus. It was discovered in a mountainous location of Indonesia. It weighs roughly 40 grammes and is also known as the slender root rat. The slim root rat is unlike any other rodent species the scientists have ever encountered, and it may be a different genus altogether. The land snail Zospeum tholussum, often known as the domed land snail, was discovered in a cave system in Croatia. The blind domed land snail has translucent shells with five to six whorls that give it a ghostly look. The snail lives in the Lukina Jama-Trojama caves, some 3,000 feet below the surface, in utter darkness. According to scientists, the domed land snail creeps at a rate of only a few centimetres per week, which is much slower than most snails. The big river stingray, Potamotrygon rex, is a freshwater stingray species belonging to the Potamotrygonidae family that is native to South America’s Neotropical region. The dorsal disc of the stingray is black or dark brownish in hue, with many little yellow spots. Because of its vastness, it has been dubbed the “King of Freshwater” in the Brazilian river. It can grow to be 44 pounds in weight and is found nowhere else on the planet. The marine, benthic, deep-water worm-like species Xenoturbella churro belongs to the genus Xenoturbella. A collaboration of Californian and Australian scientists discovered it in the eastern Pacific Ocean. A single specimen was used to describe the species in 2016. The Xenoturbella churro is a jellyfish-like creature without the tentacles, pulsating body, or rave lighting. It’s a member of a group of primitive worm-like creatures. It eats mollusks and is pinkish purple in hue. Scolopendra cataracta is a centipede species belonging to the Scolopendridae family. It is the world’s first amphibious centipede, reaching a length of up to 20 cm. The centipede was collected in a cave called Cataracta, which means waterfall in Latin. The centipede is the first of its kind since it can plunge into water in the same way it can on land. It has 20 pairs of long legs and measures 8 inches long. Eulophophyllum kirki is a katydid that may be found in the Danum Valley Conservation Area in Malaysia’s state of Sabah. It belongs to the Phaneropterinae subfamily and belongs to the genus Eulophophyllum. It was first mentioned in 2016. It was named one of the “Top 10 New Species of 2017” by SUNY-ESF. The Eulophophyllum Kirki are katydids discovered in Borneo, Malaysia, while researchers were looking for tarantulas and snakes. What distinguishes them is that the females have a distinct pink tint that makes them stand out, but the males have a homogeneous green colour. The male and female, on the other hand, have unique veins that make them look like leaves. The olinguito is a raccoon-like creature that lives in the Andes of western Colombia and Ecuador’s montane forests. In 2013, it was identified as part of a new species. The particular name neblina comes from the Spanish word neblina, which means fog or mist, and refers to the olinguito’s cloud forest habitat. The Olinguito is the smallest member of the raccoon family, with huge eyes and thick, shaggy brown fur. It has a 13 to 17-inch tail and weighs roughly 2 pounds (900 kg). It can be found in Colombia’s and Ecuador’s noisy forests. The Pheidole Drogon is a new ant species named after Khaleesi’s fire-breathing dragons in the Game of Thrones series. The new ant species was discovered in Papua New Guinea for the first time. They have spiky barbs throughout their backs and shoulders that protect them from predators, giving them a distinct appearance. Using 3D imaging technology, scientists were able to identify the Pheidole Drogon. Illacme tobini is a new millipede species discovered in a cave near the southern Sierra Nevada Mountains in California, with 414 legs, no eyes, 200 poison glands, and four penises. It can also keep adding bodily parts to them throughout their lifetimes. To defend themselves against any danger, the Illacme tobini have nozzles on each of their 100 segments that release a chemical.