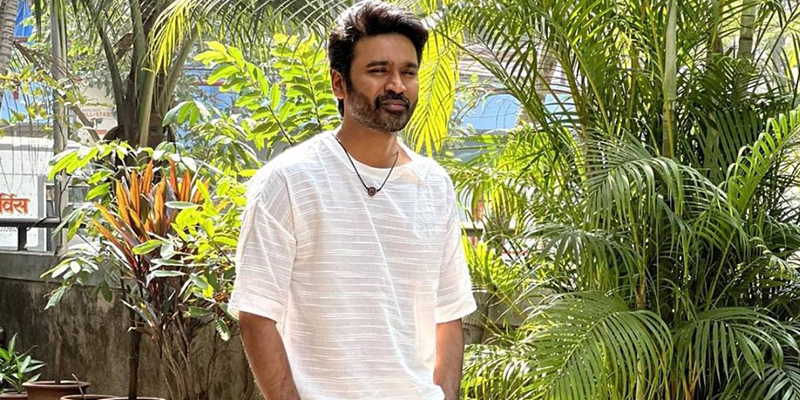 Ram Konidela Charan Teja, a Telugu actor, producer, and entrepreneur, is an Indian actor, producer, and entrepreneur. This well-known South Indian actor is Megastar Chiranjeevi’s son. With Chirutha (2007), Charan made a successful debut and won the Filmfare Award for Best Debut Male. He is one of the highest-paid actors in South India. In 2009, his hit film Maghadheera won the Filmfare Award for Best Actor in a Telugu Film, and it is the highest-grossing film in Telugu until 2013. From then on, he appeared in a number of films, several of them were top-grossing Telugu blockbusters. Rangasthalam was nominated for Filmfare and SIIMA Awards for Best Actor Telugu in 2018. Naveen Kumar Gowda is a well-known South Indian actor who was born in the state of Karnataka in the month of January 1986. He is a Kannada language actor who goes by the name Yash. His acting career began in 2004 with the television serial Nanda Gokula and subsequent plays. In 2008, he made his film debut in Moggina Manasu, for which he won the Filmfare Best Supporting Actor Award. Later in his career, he played the lead in Rocky, Kallare Santhe, and Gokula. Modalasala, his debut solo picture, became a commercial success in 2010. Mr. and Mrs. Ramachari’s collection and reviews put him among the industry’s highest-paid actors. Following that, K.G.F: Chapter 1 was released in five languages, achieving popularity and celebrity status across India. He is married to Radhika Pandit, an actress, and they have two children. In 2022, Vijay is another of the most popular South Indian actors. He was born in Chennai and is a singer, philanthropist, and dancer. He primarily works in the Tamil cinema industry, but he has also appeared in films in other Indian languages. Vijay made his acting debut as a child actor in 1984, appearing in dramas and films. In 1992, he starred in Naalaiya Theerpu, a film directed by his father, but success came in 2003 with Thirumalai. After Rajinikanth, he is the next South Indian superstar, earning $30 million from overseas markets. V. V. Production, a film company, and Vijay Makkal Iyakkam, a charity organisation, both founded by Vijay. In the year 2022, Saravanan Sivakumar is another well-known South Indian actor. He’s also a philanthropist, producer, and TV host. Suriya, the son of Sivakumar, made his acting debut in 1997 with Nerukku Ner, followed by Nandha in 2001. Khaka Khaka was a commercial hit in 2003, and he has continued to rise in tremendous prominence since then. He has won Filmfare, Vijay, Tamil Naidu State Film, and National Film Awards for Best Actor. Ghajini, Vaaranam Aayiram, Ayan, 7aum Arivu, 24, Singham 2, S3 are some of the most well-known and highest-grossing films. Suriya’s company, 2D Entertainment, was founded in 2013 and has since produced 14 films, winning two national and two international awards. No list of the most popular South Indian actors can be compiled without him as of 2022. Venkatesh Prabhu Kasthuri Raja is a Tamil actor, producer, director, singer, and lyricist who was born in Madras in 1983. In 2002, he made his acting debut in the film Thulluvadho Ilamai, directed by his father, and in 2010, he won Best Actor in a Tamil Film at the 60th Filmfare and 58th National Film Awards for Aadukalam. Why this Kolaveri Di by Dhanush was the first Indian song to reach 100 million views on YouTube. In 2018, his song Rowdy Baby became the first South Indian song to reach one billion views on YouTube. His Hindi debut, Raanjhanaa (2013), earned him a nomination for Best Debut Actor and a Filmfare nomination. His highest-grossing films include VelaiillaPattadhari, Vada Chennai, and Maari 2, and Power Pandi marks his directorial debut. In this list of the most popular South Indian actors in 2022, Jr NTR is ranked fifth. He was born in Hyderabad on May 20, 1983. At the age of eight, he made his acting debut in his grandfather’s directed and authored film Brahmarshi Vishwamitra and Ramayana. Student No. 1 was a hit as a lead in 2001, while Aadi was the highest-grossing film in 2002. Other top grossers include Badshah, Adhrus, Temper, Nannaku Prematho, and Arvinda Sametha. Jr NTR is a member of the NTR political and cinematic family, and he ran for Telugu Desam Party in 2009. A philanthropist is someone who participates in social activities and frequently donates money. In 2017, he made his television debut as a host on Bigg Boss, which was a tremendous hit. Prabhas is another well-known and renowned South Indian actor who primarily works in Telugu films. He made his acting debut in 2002 with Eeswar and went on to star in films such as Varsham, Chakram, Billa, and Ek Niranjan. This well-known South actor has a big fan base across India. To his credit, he has been nominated for seven Filmfare Awards and has won six of them. Baahubali: The Beginning and Baahubali: The Conclusion are two of India’s most successful films. Saaho(2019), his Hindi debut as lead, grossed over 433 crores, earning him the Debut Actor Award for highest grossing debut. In 2015, Mahindra and the Mahindra TUV300 automobile made their commercial debut as ambassadors. Allu Arjun comes in third spot for most popular South Indian film actor. He made his acting debut at the age of three in Vijetha (1985), when he played a child artist and dancer (1986). He made his acting debut with Gangotri in 2003, but it was with Arya in 2004 that he gained popularity and three awards. His great acting abilities for gaining a character and excellent dance brilliance lit up the screen, garnering him 33 Academy Awards. Desumduru Parugu, Arya 2, Race Gurrum, Sarrainodu, and Ala Vaikunthapurramuloo are his highest-grossing flicks. With almost 3.5 billion dollars in box office receipts, Pushpa: The Rise is the highest-grossing picture of 2021. In 2020, he will be the most sought celebrity, and he will be an ambassador for various products, including Hero Motocop, Redbus, Frooti, Joyalukkas, and PKL. In conjunction with Buffalo Wild Wings and M Kitchen, Icon Star opened a night bar called 800 Jubilee. Mahesh Babu is the South Film Industry’s Salman Khan. He is the first Telugu celebrity to have a wax figure created by Madame Tussauds. In addition, he was the first Indian whose statue was transported for a day to be unveiled in his hometown. Without a doubt, he deserves to be ranked second among the top ten South Indian actors in 2022. In 1999, he made his cinematic debut with Raja Kumarudu in Telugu, followed by A Prince in Hindi. Okkadu, Athadu, Pokiri, Businessman, 1 Nenokkadine, Srimanthudu, Maharshi, and other films are among his most well-known. During his career, he received 25 awards and 34 nominations. He is the face of roughly 38 brands, including thumbs up, Flipkart, Denver, BYJU, and Whitehat Junior, and has a sizable fan base. Rajinikanth is a South Indian film industry megastar. He is the most successful and well-known South Indian actor who has ever lived. With his debut film, Rajinikanth, he changed his name from Rajinikanth, who was born on December 12, 1950 in Madras. Apoorva Raagangal rose to prominence after his debut film in 1975, and he went on to star in a number more films. Early in his career, he primarily played villains, and as a result, he rose to superstar status. In 1983, he made his first Hindi film, Andhaa Kanoon, which made him popular all over India. Mullum Malarum earned him his first Filmfare and Tamil Naidu Award in 1996, as well as critical acclaim. The first Indian actor to appear in films in black and white, colour, and 3D.