Top 10 Most Popular Man-Made Arches in The World 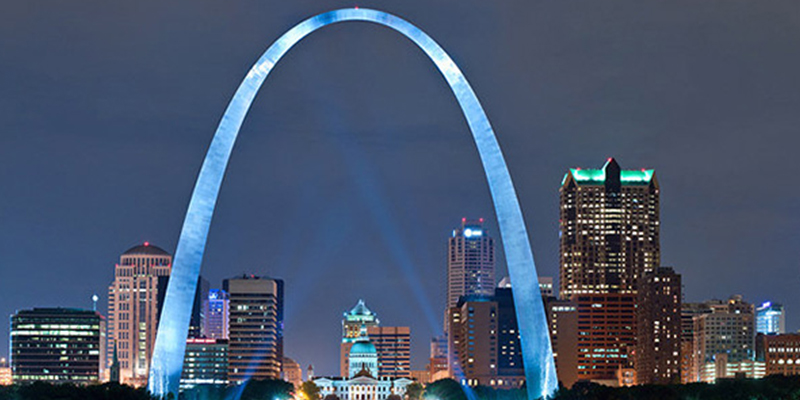 Top 10 Most Popular Man-Made Arches in The World

The Roosevelt Arch is a rusticated triumphal arch in Gardiner, Montana, United States, at the north entrance of Yellowstone National Park. Established at Fort Yellowstone under the command of the US Army, its cornerstone was laid in 1903 by President Theodore Roosevelt. Yellowstone is the world’s first ever national park, established in the year 1872. But at that time, park only got few visitors as it is located in a remote area. Yet the North Pacific Railway network linked to Yellowstone National Park ‘s Northern Entrance in 1903. The railway network was a strong booster of tourism at Yellowstone national park in a short time. This famous arch in Spain’s city of Barcelona was designed as an entrance to the 1888 World Exposition. Arc de Triumf wad designed by the architect Josep Vilaseca of Catalonia. He used the architectural theme of Moorish revival for this bridge. Red bricks are primarily used for its houses, and the exquisite stone carvings of arch make a striking appearance as well. The arch above those carvings includes ‘Barcelona rep les nacions’ stone sculpture, Catalan for ‘Barcelona welcomes the nations.’ The Siegestor in Munich is a triumphal arch with three arches, topped with a lion-quadriga statue with Bavaria. The Siegestor is 21 meters tall, 24 meters long and 12 meters deep. It lies between the University of Ludwig Maximilian and the Ohmstraße, where the Ludwigstraße ends and the Leopoldstraße starts. King Ludwing I of Bavaria designed a Victory gate between 1843 and 1852. This arch has the theme of a triumphal arch, a wide arch in the middle and a small arch on either side. On top of the arch is also a chariot drawn by four lions. This symbolizes Army success. Patuxai is a war memorial constructed between 1957 and 1968 in the center of Vientiane, in Laos. The Patuxai was devoted to those who fought with France in the fight for independence. It is variously transliterated as Patuxai, Patuxay, Patousai and Patusai in romanizing the term from the Laotian language. The four gateway corners are built with statues of naga king, the country ‘s legendary emblem. Throughout the exterior the stupa towers and lotus leaves make Patuxai more attractive. Within the second floor of the monument there is also a museum housed, showing pictures of heroes who fought for the country. The monument also offered top floor observation gallery, offering excellent city views. In Pyongyang, North Korea, the Arch of Victory is a triumphal arch. It was designed from 1925 till 1945 to commemorate the Korean resistance to Japan. It is the second highest triumphal arch in the world, standing 60 m high and 50 m long after Monumento a la Revolución in Mexico. This monument was built in 1982 to commemorate the Korean independence movement from 1925 to 1945, in order to achieve independence from Japan. The dates ‘1925’ and ‘1945’ also dedicated to President Kim II-Sung for his role in Korean independence were engraved on either side of the bridge. Also engraved at the center of the arch was the words ‘Song of General King II-Sung.’ Arcade du Cinquantenaire or Arcades du Cinquantenaire is a monumental triple arch in Brussels , Belgium, at the center of Cinquantenaire park. It is surmounted by a sculptural bronze quadriga party with a woman charioteer, showing Brabant lifting the national flag. Originally intended for this massive arch to celebrate 50 years of Belgian independence, in the year 1880. But arch building did not finish in time. The construction of this arch took another 25 years, and it opened in 1905. This was initially built into a temporary wooden frame. And there is the dispute between King Leopold and the government about the creation of a permanent stone arch fund. The Rua Augusta Arch on the Praça do Comércio in Lisbon , Portugal, is a brick, triumphal arch-like, historic building and tourist attraction. This was built after the 1755 earthquake, to celebrate the rebuilding of the area. This has six columns, and is adorned with statues of various historical figures. It was originally named All India War Memorial, dedicated to brave Indian soldiers who lost their lives in World War I fighting for British. The names of 70,000 Indian soldiers were also engraved on India gate. This memorial today served as the grave of an anonymous soldier, referring to soldiers who died in wars. India Gate also serves as Amar Jawan Jyoti ‘s site to remind the soldier who ended his life in the 1971 Indo-Pakistan War. Construction of India Gate began in 1921 and took ten years to complete, opened on February 12, 1931. It is today one of New Delhi’s main tourist attractions, illuminated every evening. Construction of this memorial was commissioned in 1806 by the French emperor Napoleon Bonaparte, to honor the great army. Following the victory of Austerlitz in 1805, Napoleon said to the soldiers of the great army, “By Arc of Triumph you must come safely.” The project’s first stone was laid on 15th August 1806. But after Napoleon’s abdication the work had been halted several times, and eventually finished in 1836. The monument has a height of 50 metres, featuring the visitors’ observation deck at the top. The Gateway Arch in St. Louis , Missouri, United States, is a 630-foot monument. Clad in stainless steel and constructed in the shape of a weighted catenary arch, it is the tallest arch in the world, the tallest man-made structure in the Western Hemisphere and the tallest accessible building in Missouri. The gateway arch was constructed with 142 separate pieces of prefabricated steel, which was 12 feet tall. There are 23570 tons of concrete and 1957 tons of steel in this bridge. This monument to the hollow arch features a special tram network that brings tourists to the top of the arch. The gateway arch observation deck can accommodate 160 visitors at a time, and provides views in all directions up to 30 miles.