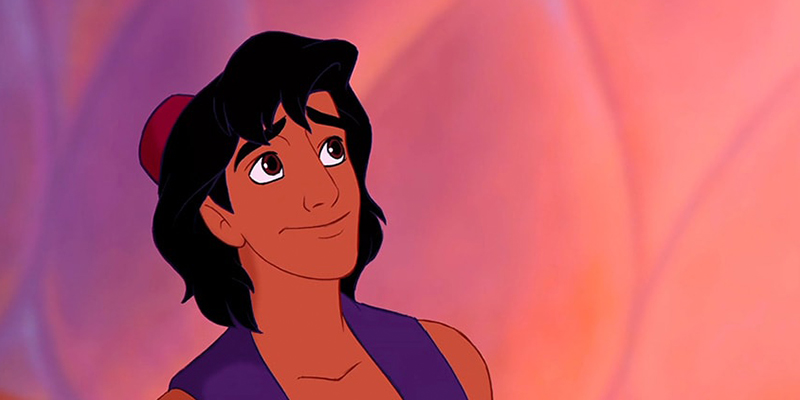 Captain John Smith and Captain Li Shang are not born princes and do not marry into the royal family. However, this does not exclude them from having the status of a prince, as being a prince necessitates far more than blue blood. John, an adventurous character, is smitten by Pocahontas’ rustic and untamed ways. Li is a faithful, quiet guy who, in contrast to Mulan’s intrepidity, provides the right balance. Then there’s Kristoff, who comes to rescue Anna, proving once again that you don’t have to be suave and gorgeous, or a prince by Disney’s standards, to love and be loved. Eugene Fitzherbert isn’t exactly a household name. Flynn, after all, needs a street name because he’s a burglar. He’s also been knocked out far too many times! So, how does he end up marrying a member of the royal family? It’s his love and selflessness. He follows his heart and decides to be more honest and quit up thievery, even if it means sacrificing his life for Rapunzel’s release. In addition, his good features and pleasant demeanour work in his favour. He was intended to be blonde, but his appearance was chosen at a Hot Man conference in which female workers named their favourite gorgeous guys. Despite being cut off from monarchy, he continues to be a haughty womaniser. When he pursues a princess for her money or his own personal benefit, he doesn’t come off as a man of great morals. His dulcet tones, foreign accent, and caramel complexion aren’t much of a help. When he transforms into a frog, though, he becomes more attractive. When he finds real love, he abandons consumerism and marries Tiana in her frog form. He’s a strange instance of renounced royalty, which makes Tiana a princess by marriage – sort of. He may not be a Disney Prince, but he possesses all of the traits necessary to establish his royal heritage. Even though he isn’t human, he has earned his place on the throne and on this list. With his playful antics and ability to see the best in everyone, he wins our hearts as a cub. He keeps much of his childish, fun-loving demeanour as he grows older, which we all like in a guy, while also growing responsible and fearless enough to defend his family at all costs. In every connection, his love, faith, and commitment are extraordinary, and he is capable of bringing out the best in them. Aladdin is the story’s sole protagonist, however he does share the spotlight with the Genie. He’s also the first Disney hero who isn’t descended from royalty. By marriage, Aladdin is a prince. His rags-to-riches storey begins with his daily struggle as an orphaned thief on the streets. He has a golden heart and looks after his pet monkey while befriending the Genie, who might be his slave. He possesses the quick intellect required to rescue a kingdom. He is remorseful for deceiving his beloved. He is completely absorbed in the present moment. Overall, he is exactly what a prince should be. Adam is enraged and gloomy, but wouldn’t the hopelessness of overcoming a curse like his, and the prospect of never being loved or being condemned for his hideous look irritate anyone? He has erected a barrier to keep everyone out. His arrogance from the beginning still shows up now and again, but he is still a gentleman. He understands what it is to love someone more than himself. He is less handsome as a human than the Beast, who waltzes his way into Belle’s heart and demonstrates that it is the heart, not the look, that counts. Despite his status as king, Eric is an excellent mariner who doesn’t hesitate to take part in the many chores aboard his ship. It’s only natural for a prince of the coastal areas to be proficient in maritime crafts and a deft helmsman. But for Eric, the sea is about more than royal responsibilities. He is an adventurous and passionate person that adores the water. It’s no surprise that he fell in love with Ariel, the Little Mermaid. Another excellent characteristic of the story’s deuteragonst is that he extends his hand of friendship and aid to everyone, regardless of class or creed. Philip was the first Disney prince to have a name, screen time, and to have known his lady love, Princess Aurora or Sleeping Beauty, since childhood. He has a laid-back personality. That’s possibly because he has a way with people and animals, and can convince them in a subtle way. He is bold and valiant, willing to go to any length for his wife, including fighting a dragon. Another of his finest traits is his loyalty. He is the most well-known of all the Disney princes. He is, after all, Prince Charming. However, the majority of people appear to be unsure about whose prince he is. Cinderella, on the other hand, managed to win Charming’s heart. Prince Charming is known for flaunting his impressive sword abilities. He is, nevertheless, far from shallow and sympathetic. He is amusing and daring, with a fondness for ballroom dancing. He’s not simply a romantic knucklehead. For him, love runs deep, as he has witnessed between his parents, and he knows he won’t find it with just anybody. Florian’s best trait, sometimes referred to as The Prince, is that he is not ashamed to pour his heart out in his beautiful voice for his beloved Snow White. He is a true gentleman who is always dressed well and has a lovely face. However, some people think he’s a touch too beautiful and a little dull. His passion and awareness of beauty, as well as his bravery to express himself in the most creative way, work in his favour. Originally intended to play the deuteragonist, he was only given two scenes, far too little screen time to win the hearts of the audience.