Top 10 Most Dangerous Sports in the World 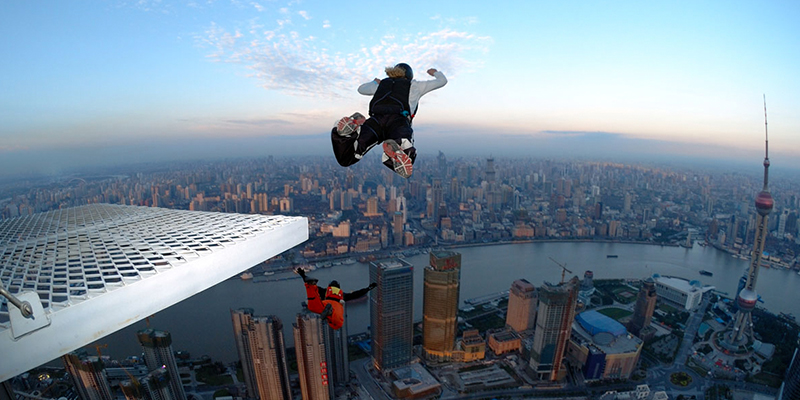 Top 10 Most Dangerous Sports in the World

White water rafting is a dangerous outdoor sport in which a vehicle, such as an inflatable raft, is used to cross white water or other harsh water bodies. The setting is diverse, presenting fresh difficulties to the participants. The turbulent seas have the potential to throw the players about and bash them against rocks. If a person falls off, the foot entrapment might entangle him, making it difficult for him to extricate himself. Bicycle motocross, or BMX, is a cycling sport in which riders ride customised motorcycles known as BMX bikes. While the sport’s most basic form is racing, its offshoots include vertical ramp and flatland cycling feats. It necessitates the cyclist doing a series of acrobatics while riding a BMX bike. The bikers are attempting to do a feat that no one else has ever attempted. It is not difficult to understand that mountain climbing entails the dangerous action of going up and down the tallest natural rocks, namely mountains. Every aspect of this behaviour is dangerous. During intense physical activity or falls, the climber may get various physical ailments such as twisted ankles, damaged muscles, torn ligaments, fractured bones, back injury, concussion, or frostbite. Weather changes may be deadly, one can quickly lose their bearings, and deaths are regular. Street luge is similar to skateboarding, but the rider is seated in a supine posture on the luge board or sled as he speeds down a paved road or course. The legality of this high gravity-powered sport is a controversial topic. Participants must wear protective leathers and helmets, else the risk of being crushed by cars that will most likely not see them will increase. On the road, the risks of colliding are significant, and without them, only the feet serve as brakes. Big wave surfing is a type of surfing in which masters of the sport paddle onto or are pulled onto waves of at least 20 feet in height. The most desired title is riding a 100-foot wave, which comes with a $100,000 reward. Drowning and being dragged into the sea by the current are two of the most dangerous aspects of this activity, as is having one’s skull bashed into hidden underwater rocks. It’s also not impossible to get hit by the surfboard’s gun. Bull riding is a rodeo sport in which the rider rides a big bull and strives to stay on it as the bull tries to buck him off. This sport is a favourite among macho men who want to brag about their high testosterone levels and are willing to go through any discomfort for the purpose of it. The bull, which may weigh up to 1800 pounds, may trample the falling rider, causing serious injuries and concussions. But, for some, there is an art beyond the agony and terror. Cave diving is a unique sport that entails diving underwater in caverns that contain at least some water. It employs a diverse variety of equipment, depending on the conditions, in addition to standard scuba equipment in customised combinations. Lighting failure and limited visibility are major risks in this activity, which can lead to separation from the partner. Another danger is losing air, which is compounded by the fact that one cannot simply ascend to the surface to gather air without risking smashing his skull. While most people are familiar with the phrase scuba diving, few are aware that Scuba stands for Self-Contained Underwater Breathing Apparatus, which is what a diver uses to breathe underwater. While it appears to be a fantastic idea, it is not without risk. Decompression diseases, such as bends, and spinal cord, brain, and lung failure, can occur if a diver ascends too quickly from a dive. There’s also the possibility of being attacked by stray sharks or other sea monsters.

It’s not hard to figure out that heli-skiing has anything to do with helicopters just by looking at the name of the sport. It’s off-trail, downhill snowboarding or skiing, and it’s only accessible by helicopter. Passionate fans of the sport even plan ahead a year to leap onto snow on heights distant from civilization and then ski down. They entirely disregard the danger of becoming stuck due to weather conditions or being killed by an avalanche. BASE jumping is similar to parachute jumping. The term BASE stands for Building, Antenna, Span, and Earth, which means cliff. Individuals hurl themselves off these immovable buildings. It’s as thrilling as it sounds, flying through the air with the wind in your hair, but it’s also deadly. Aside from the obvious dangers of leaping from hundreds of feet in the air, there’s also the possibility of getting battered by the wind. Except during regulated events, it is prohibited in many nations, including the United States.