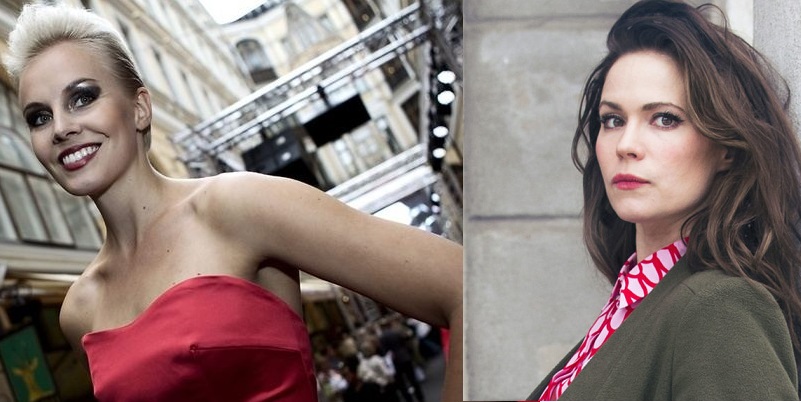 Viivi Elina Avellan is a Finnish industry journalist and TV host. She used to work for television channel Nelonen as a sport news hostess. Viivi was 2005 and 2006 hostess of entertainment news on MTV3 TV channel. Between 2013 to 2016, she served as an Editor-in-Chief for a Finnish golf magazine called Fore.

Avellan published a book called ‘Sinkkunaisen käsikirja’ in 2006. On 2012, with support from the Finnish Ice Hockey Association, her company released an ice hockey thematic kid’s book Leijona on Kuningas.

Pihla Viitala is a Finnish actress. She studied acting at Academy of Theater in Helsinki.

Viitala married musician Kerkko Koskinen in 2004; the couple separated in 2008. In 2012, a daughter, Astrid, whose father is Kazakh-German Alex Schimpf, was born in Viitala. Helsinki is where the family lives.

Sara Sieppi is regarded best as a Model. Model and TV personality called Miss Finland in 2011, after Pia Pakarinen’s resignation. She has also gone on to present reality shows such as Paratiisihotelli and Ummikot Ulkomailla as well as the competition for Miss Helsinki. She was born in Finland on 3 June 1991. Jenni Dahlman and she are both past winners of Miss Finland. She has lived in finland, Helsinki.

Kuustonen has done a lot of work in theatres, performing as Pirkko Mannola’s second lead in the musical Pirkko & Åke at the Valkeakoski Summer Theatre in summer 2010, for example. She has also appeared at the 2011 Suomenlinna Summer Theatre in Ronia, the Robber’s Aunt, and in the 2014 Kojoottikuu musical at the Espoo City Theater.

Noora Hautakangas is Miss Finland 2007, and was Finland’s 2007 Miss Universe nominee. She is currently training at Helsinki Polytechnic Stadia for a Diploma in Prosthetics and Orthotics.