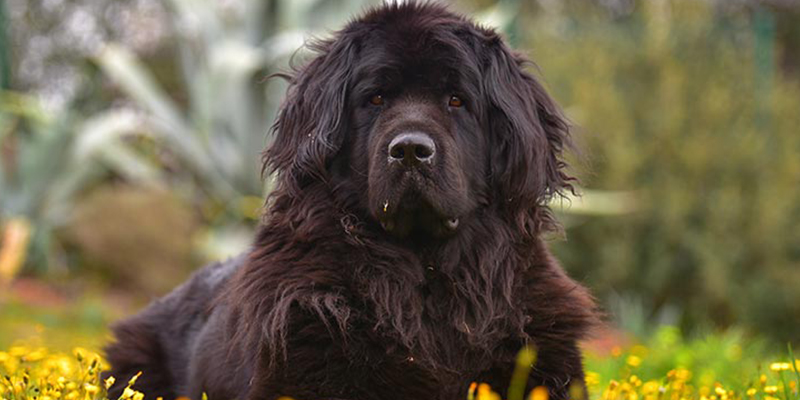 The Great Dane is one of those dog breeds that began out as working dogs for hunting and guarding. Although today’s Great Dane canines have lost their ferocity as hunters and guard dogs, they haven’t lost their bravery and drive to protect their human family. Intruders will be deterred, if not scared, by the dog’s big size and loud bark. Families could not wish for a more charming and loving pet. The dog has a calm and lively demeanour and is kind with youngsters. Obedience will help the Great Dane’s personality develop even more. The English Bulldog has a vicious appearance. The dog has a powerful appearance, being large, muscular, and sporting a broadhead with a drooping upper lip and a strong undershot jaw. The dog, on the other hand, is energetic, sociable, determined, and brave. The dog is a tad headstrong, but he has a quiet dignity about him and is fiercely protective of his family. Originally, the English Bulldog was bred to fight in blood sports. Fortunately, they evolved into pet companions rather than warriors throughout time. The modern English Bulldog desires nothing more than to be seen and to sleep near to their masters. The French Bulldog, unlike other dog breeds, is neither flashy or showy, yet it is nonetheless a lovely dog in its own right. The dog is tiny in size and has bat-like ears, yet its physique is robust and powerful. The dog’s coat is short, making grooming easy. The French Bulldog used to be a ratter (a dog that hunts rats), but now it’s a popular family pet and show dog who enjoys relaxing in a pleasant environment. Because of its intelligence, training the French Bulldog is simple. To keep the dog interested, make the training sessions appear to be a game. Although considerable socialisation training is necessary, the French Bulldog enjoys lavishing its attention on its human family. One part jester, one part ballerina, a sprinkling of elderly man, a smidgeon of beggar, a tablespoon of monkey, one part baby seal, a smidgeon of teddy bear combined with Chinese and Tibetan dog James Mumsford, an American musician and instructor, discusses the Shih Tzu dog in this extensive account. A Shih Tzu is a lovely, sociable, dedicated, and energetic member of the family. For some individuals, the dog’s attractive little stature and pleasant personality make it a favoured pet. Whether in an apartment or a large rural property, the dog is at ease. The Greyhound is a friendly dog who loves to stretch beside its owner and family by a fire, although the dog plays a more active part in the household. Greyhounds have an aerodynamic body shape, a small head, long legs, and a powerful back. The dog’s physical appearance reflects its function as a hunting dog. The dog breed now competes in dog races. In fact, when you say “Greyhound,” the first image that comes to mind for most people is the doggy race track. The Greyhound is the Ferrari of dogs, capable of speeds of 40 to 45 miles per hour. Agility, conformation, lure coursing, and obedience are just a few of the canine sports that greyhounds excel at. Despite being a laid-back breed, the Bullmastiff is an excellent protection dog for its family. The Bullmastiff’s physical appearance indicates that it is a massive, strong dog that may be a formidable deterrent to invaders or assailants. Despite its reputation as a guard dog, the Bullmastiff may make a wonderful family companion that is noble, trustworthy, and self-assured. Although it might be a drooler, the dog’s short coat makes brushing sessions simple. Furthermore, because the coat does not lose a lot of hair, cleaning up the mess is simple. Although the Bullmastiff is not a high-energy dog, it does have a lot of it when it is two years old.

The former Chinese Imperial family’s favourite dog used to be the Chow Chow. Physically, the dog resembles a cross between a fluffy lion and a little bear. The dog is reserved in temperament, but it is extremely attentive and loyal to its family, despite its calm exterior. Because dogs may be protective and territorial, socialisation is vital for them because they might become violent or hesitant around other people. A well raised Chow Chow will be more outgoing and friendlier. The Hush Puppy dog advertising emblem is most commonly represented by a Basset Hound. Around the house, this dog is peaceful and lethargic, yet it has a loyal, pleasant, and sociable nature. In reality, because to its moderate manners, the dog breed has no bad temper and is far too laid back. Because of its origins as a pack dog, the dog enjoys being with its family and other pets. Due of its obstinate character, house training the Basset Hound can be difficult. Positive training techniques and delectable food as a reward for completing a training accomplishment are the greatest ways to inspire a Basset Hound. Because of its endearing, charming, kind, and friendly attitude, Newfoundland is referred to as a gentle giant as well as a huge Teddy Bear. Because the dog need socialisation training, try introducing it to a variety of people, situations, noises, and sights while it is still a young dog or puppy. A well-rounded dog is the consequence of proper socialisation training. The Newfoundland requires a large living space, is prone to slobbering, has a thick coat that requires care on a regular basis, and thrives in cold regions. You may need to provide some positive reinforcement if you want a Newfoundland to exercise.