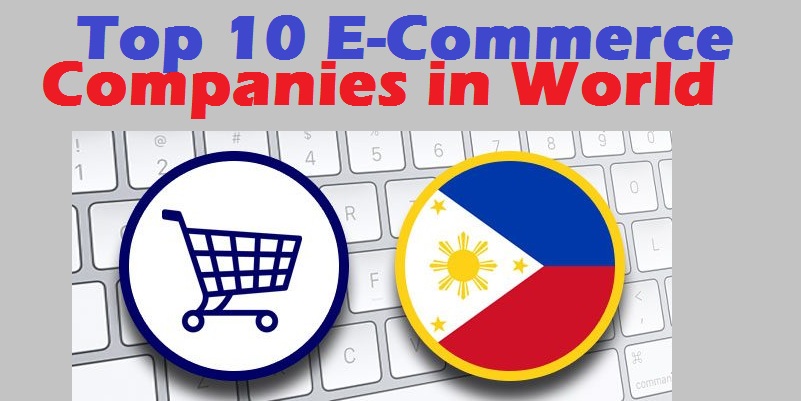 These days many more e-commerce website are available and very difficult to find the best e commerce website so now i will tell you in this blog what are the top most e commerce website in this world , here you will get the best choice to choose . may be some of one thinking alibaba is the top largest e commerce website i will say you are absolutely wrong Ecommerce sector is growing with double digit growth rate. Retail ecommerce sales able to achieve a figure of 2.3 trillion US dollars. It has been forecasted that by 2021, it will touch figure of around 4.8 trillion US dollars. U.S & China amounted to sales of worth 1.6 trillion US dollars which accounts 70% of the overall ecommerce sales in the world. Ecommerce growth rate in U.S was close to 15% and overall ecommerce sector in Asia-Pacific region had grown at a rate of 30%. These shopping websites are now competing with biggest offline brick and mortar stores across the world. Below listed companies are the world’s top 10 ecommerce sites if revenue and growth rate is taken into consideration while ranking them.  lets further a do get ready to know the list of top 10 largest e -commerce companies in the world :

The following are top E-commerce companies in the world.

Amazon.com, Inc., doing business as Amazon is a multinational technology company focusing in e-commerce, cloud computing, and artificial intelligence in Seattle, Washington. It has been called one of the Big Four or “Four Horsemen” of technology along with Apple, Alphabet and Facebook due to its market capitalization, disruptive innovation, brand equity and hyper-competitive application process. It is the largest e-commerce marketplace and cloud computing platform in the world as measured by revenue and market capitalization. Amazon.com was founded by Jeff Bezos on July 5, 1994 .Amazon provides a website and also an app for the users to make their online shopping easy. The interface helps the user to place the order of their choice, make payments online, track the orders and also provides return and refund of items if not satisfied. Due to its excellent services and management, Amazon is known as one of the top e-commerce companies in the world.

This e-commerce company operating from Beijing is the first of three major Chinese companies we list here. Rivaled by the more popular Alibaba, Jingdong has well over quarter of a billion registered users as of 2018. It was founded in 1998 and started trading online six years later. Today, the company brandishes its high tech delivery system, comprised of robots, AI, and a fleet of drones.

Now, if we measure market capitalization, JD.com is significantly smaller than Alibaba. However, if we benchmark it by the revenue in last year, JD.com had over $15B more. If we are comparing number of employees, JD.com has over 137.000 while Alibaba currently has a little over 65.000.

Few people haven’t heard of Jack Ma’s success story. The Chinese business magnate’s life is a riches-to-rags story. Having been rejected from more than 30 job posts in the early 1990s, he started making websites for companies with his wife and a friend. The business grew exponentially and in the year 1999, Alibaba Group was founded, the world’s largest retailer of present-day, operating in more than 200 countries.Top 10 Largest E-Commerce Companies in the World

eBay Inc. is an American multinational e-commerce corporation based in San Jose, California that facilitates consumer-to-consumer and business-to-consumer sales through its website. eBay was founded by Pierre Omidyar in Fall 1995, and became a notable success story of the dot-com bubble.The company was founded in San Hose, California in 1995 and its most distinctive feature is the online auction feature, alongside a conventional buy-it-now shopping option.Top 10 Largest E-Commerce Companies in the World

After a brief spell of American companies, we return to the Far East. Rakuten is a Japanese e-commerce company launched in 1997. They operate the Japan’s largest online bank, in addition to online shopping and credit card payments. In all, Rakuten Group runs some 70 businesses, ranging from widely used instant messaging app Viber (as 2017 officially known as Rakuten Viber) to having their logo on FC Barcelona’s jerseys.Top 10 Largest E-Commerce Companies in the World

This American e-commerce marketplace launched in Chicago in 2008 reshaped the concept of group discount online shopping. It connects its subscribers to local businesses in one of 500 cities worldwide. The principle is simple: users get a discount and business owners increase the revenue; it’s a win-win situation.Top 10 Largest E-Commerce Companies in the World

Tencent is an internet-based technology and cultural enterprise headquartered in Shenzhen, China. Founded in 1998, Tencent’s mission is to “improve the quality of life through Internet value-added services”. This will be done via the delivery of integrated internet solutions to billions of netizens through its “user oriented” business philosophy.Top 10 Largest E-Commerce Companies in the World

With over $81.2 billion in gross bookings in 2017, Booking Holdings is the world leader in online travel & related services

Baidu, Inc., incorporated on 18 January 2000, is a Chinese multinational technology company specializing in Internet-related services and products and artificial intelligence, headquartered at the Baidu Campus in Beijing’s Haidian District. It is one of the largest AI and internet companies in the world