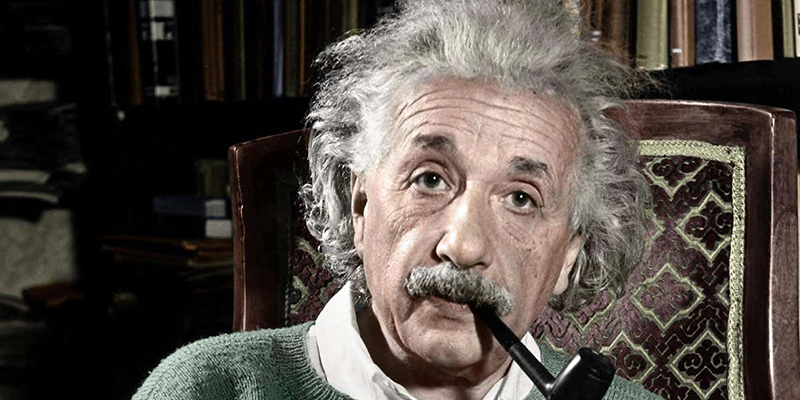 Chaplin was born in England on April 16, 1889. His youth was marked by poverty and hardship. His father deserted him, and his mother developed mental illnesses and was sent to a mental institution. He was left alone with his brother Sydney, who was suffering from depression as a result of their poverty. At a young age, he used to act on stage throughout his school days. He also joined a clog dance company to supplement his income. By the age of 13, he had self-dropped out of school without alerting his mother. He worked a variety of jobs in order to support himself and pursue his ambition of becoming an actor. Despite all of these setbacks, he never loses trust in his ability to succeed. He becomes a hugely successful international actor. Now he is a modern-day perfectionist who can achieve everything in his films. With a net worth of $400 million, he died in 1977 as one of history’s wealthiest persons. J K. Rowling is the author of the globally popular fantasy fiction series Harry Potter. She is a humanitarian author, producer, and screenwriter. She was born on July 31, 1965, in England, and is one of the most inspirational women in the world. Rowling had the concept for a Harry Potter novel, but it took her seven years of sadness, struggle, failure, and poverty to complete it. Her mother’s death put a stop to her writing. Her spouse divorced her, leaving her with one child. She became depressed and fought to escape poverty. She never forgets, though, her ambitions for the future. She wrote the first novel in the Harry Potter series, which became a worldwide hit, after seven years of struggle. Then she successfully finished six sequels, winning multiple accolades and selling over 500 million copies. Her novel series went on to be the best-selling book series of all time. Later, a film series was created based on this novel series. With a net worth of $1 billion, she is now one of the most inspirational and successful persons in history. Rowan Atkinson was born into a wealthy household and excelled in school. After finishing his education, he became interested in performing and joined a comedy club. He had a difficulty with his speech, which made it difficult for him to act successfully, and he was later rejected from a number of TV shows. As a result of his speech impediment and non-heroic looks and figure, he received several rejections. But then he made the decision to respond to all of the rejections. Rowan Atkinson launched his own TV comedy, Mr. Bean, which became a worldwide hit. Following that, he appeared in several TV series and Hollywood films, amassing a net worth of $130 million. He is now one of the most well-known international superstars, with a lot of money and fame. Abdul Kalam, also known as Avul Pakir Jainulabdeen Abdul Kalam, is another prominent Indian figure. He was born in the Indian state of Tamil Nadu on October 15, 1931. He was an aeronautical scientist who went on to become India’s 11th President (2002-2007). He becomes known as India’s Missile Man as a result of his ballistic missile and launch vehicle technology project. She has been a UNICEF Goodwill Ambassador at both the national and global levels for the past 10 years. An actress with this much success owes it to herself to be included on a list of the most dedicated actresses. By the grace of God, Abdul Kalam become the greatest self-made personality. During his time, he was a very friendly, down-to-earth, and diligent individual who assisted a large number of people in overcoming poverty. As a result, he was known as the People’s President. Abdul Kalam is regarded as one of history’s most inspirational figures, since his life has influenced millions of people. Because he was born into a poor household, he began selling newspapers at a young age to help support his family. He receives mediocre grades at school but is known as a bright and industrious student. He is the 65-year-old man who achieves achievement. He expands his business throughout the world as individuals retire. So, it’s never too late to make your dreams a reality. Colonel Sanders failed many times in his life, yet he never gave up the idea of being who he wanted to be. He is a living example of how age does not matter when it comes to achieving success provided you have true passion, commitment, and perseverance. Colonel Sanders worked in a variety of occupations throughout his life, but he never found one that he liked. What would your reaction be if we told you he worked as a conductor, driver, painter, farmhand, blacksmith’s helper, cleaner, firefighter, labour, lawyer, life insurance agent, salesman, and secretary? Speechless! At the time of his retirement, he set a bar for the most inspirational success tales in history, despite having failed at everything he attempted during his life. Colonel Sanders’ success is cited by business tycoons all around the world, particularly in the corporate sphere, to inspire people to achieve their goals and efforts. Without a question, he is a living example of one of history’s most successful people. Bill Gates, one of the world’s wealthiest persons, is a business magnate, software developer, investor, and humanitarian by trade. He was born in the United States on October 28, 1955. He wasn’t born wealthy, but he worked hard to get so. His life is incredibly inspirational and a real-life example of the world’s most successful individuals. Bill Gates is well-known across the world as the founder of Microsoft. In 1975, he and his buddy Paul Allen co-founded Mircosoft, which grew to become the world’s largest and wealthiest PC software firm. Millions of people aspire to be the world’s wealthiest person. He became a millionaire as a result of his inventiveness and enthusiasm for programming and software. Bill Gates is the founder of the Bill & Melinda Gates Foundation, which is the world’s biggest private charity. Another charity organisation founded by Bill Gates and Warren Buffett is the Giving Vow, in which billionaires pledge to donate at least half of their fortune to humanitarian causes. As the co-founder of Apple Inc., Steve Jobs is well-known across the world. He wasn’t only confined to Apple; he also launched NeXT, a computer and software firm, and revitalised Pixar Animation Studios, a computer animation company. Some of the most groundbreaking items in his legacy include the personal computer revolution, the iMac, iPod, iPhone, iPad, and the first Apple Stores. He went on to become one of the most inspirational and successful people in history. However, his life was not simple; he struggled and competed throughout his life, but in the end, he emerged as the most successful man in history. Steve Jobs and Steve Wozniak co-founded Apple in 1976. They created and amassed enormous money from their first two products, the Apple l and Apple ll microcomputers. However, the following two devices, Apple Lisa (1983) and Macintosh (1984), both flopped miserably on the market. Steve Jobs was fired from Apple the next year, in 1985. He didn’t resign despite the fact that it was a major inconvenience to him. He co-founded NeXT, a computer development business, in the same year, but it failed due to the high cost of computers. Following the loss of NeXT, he took a gamble by purchasing and developing another computer firm, Lucasfilm, from George Lucas. This time he made history, as Pixar, the company’s new name, became the most popular brand, eventually merging with Walt Disney. Steve Jobs sold NeXT to Apple after two years and returned to Apple as CEO. He resurrected Apple, which was on the verge of going bankrupt. Steve Jobs’ ingenuity and enthusiasm for technology inspired people all around the world, and the rest is history. His life wonderfully exemplifies the meaning of Affection and Passion for Success. He is a living illustration of the phrase “Never Give Up.” He genuinely justifies that success is not dependent on money. Abraham Lincoln was a poor man who self-educated to become a lawyer and the finest leader in the world. However, it was far from simple. He failed many times in his life, yet he never gave up. Money was the main barrier to his schooling when he was younger. His family’s financial situation was too severe when he was a child, so he had to work to help support them. His mother died while he was a child, and his fiancée died shortly after the engagement. Despite his numerous setbacks, he did not give up; instead, he persevered and achieved enormous success. He is elected President of the United States of America, the world’s most powerful country. He also led the country to victory in the American Civil War, inspiring millions of people all over the world. Albert Einstein was a theoretical physicist who invented “theory of relativity,” one of the two foundations of contemporary physics. His world-renowned hypothetical mass-energy equation E=mc2 has made him famous throughout history. Aside from that, he discovered the photoelectric effect law. As a result, Einstein was awarded the Nobel Prize in Physics in 1921 for his unrivalled achievement in theoretical physics. Alber Einstein’s life storey is another source of inspiration for millions of people. Einstein absolutely justifies the Genius criteria. He was not born a genius, but he shapes himself in that direction. On March 14, 1879, Albert Einstein was born into a German family. Einstein was unable to speak until he was four years old and could not read until he was seven years old. He failed the Swiss Federal Polytechnic School’s first-time admission exam and was denied. He worked as a clerk after graduation, although he never expressed regret for the circumstances. The finest thing about Alber Einstein is that he never lost sight of his ambitions. He attempted the exam again after failing the first time, and this time he was successful. He was happy while he worked as a clerk since it gave him more time to study and examine scientific theories. Einstein struggled in other courses but was a natural math and physics prodigy from an early age. At the age of 12, he taught himself algebra and Euclidean geometry, as well as discovering evidence of the Pythagorean theorem. At the age of 14, he excelled at integral and differential calculus. In addition, he enjoys philosophy and has gone on to become one of history’s most brilliant philosophers of science. After all of his historical findings, he has proven to be one of his generation’s most brilliant thinkers. Edison was not a natural-born innovator; rather, he created his own inventions. He is the quintessential illustration of historical success. Edison had a hearing impairment from a young age. He irritates his school’s teachers, thus no one wants to educate him. That is why he only stayed in school for a few months since he is always switching schools. His mother used to educate him at home and encourage him to learn. Edison used to barter sweets, newspapers, and vegetables on trains when he was a kid. He gets $50 every week, the most of which he spends on electrical and chemical research equipment. Many innovations were made before and after him, but it was his thinking that inspired millions of others. He was the king of conducting experiments until he discovered the correct solution. He created several significant innovations with this approach, including the Electric Bulb, Phonograph, Telegraph, Kinetograph, Alkaline Battery, and Motion Picture Camera. When asked how many times he failed to achieve success after inventing the light bulb, he said, “I did not fail; I found 9,999 more ways that didn’t work.”