Top 10 Highest Mountains in the World 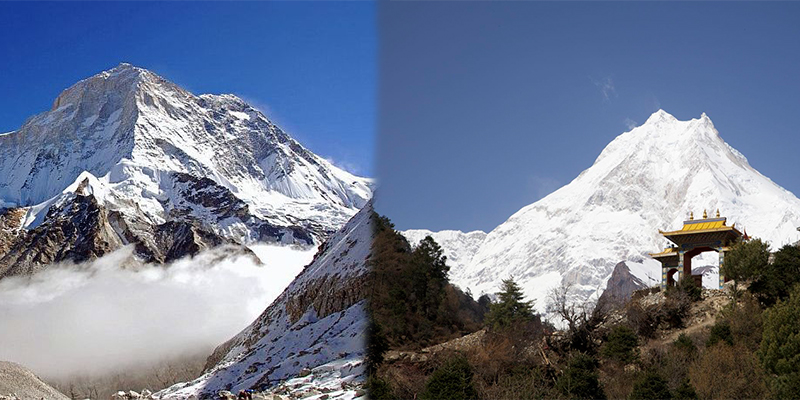 Top 10 Highest Mountains in the World

Annapurna I in Nepal is the world’s tenth highest mountain and one of the most prominent mountains on this list, with the help of the fact that Annapurna trekking is truly world-renowned. Annapurna I may be only the world’s tenth highest peak, but it currently has a higher rate of fatality than any other peak on this list, with 32 per cent of attempts to reach the top of the mountain resulting in fatality. Toshio Imanishi and Gyalzen Norbu, who were part of a Japanese expedition that reached the top of the mountain on 9 May 1956, scaled Manaslu for the first time. Their ascent has been contentious. Locals in the area had prevented a Japanese team from reaching the top in 1954, believing that previous attempts had displeased the gods and caused avalanches which destroyed a local monastery, killing 18 people. The Japanese made a large donation to reconstruct the monastery but this did not restore trust against the expeditions and as a result, Manaslu’s second ascent did not take place until 1971, when the ascent was completed by another Japanese team. Nepal’s Dhaulagiri is the 7th highest mountain in the world, at 8167 m, and one of the lot’s most aesthetically beautiful mountains. First climbed on 13 May 1960, the Dhaulagiri is perhaps best known for its visibility on the famous Annapurna Circuit, with Annapurna I just 34 km away and the Dhaulagiri a frequent feature on the skyline while trekking Annapurna. Cho Oyu is the sixth highest mountain in the world, at an altitude of 8,188 metres. Cho Oyu in Tibetan means “Goddess Turquoise.” The mountain is the westmost major peak of the Mahalangur Himalaya 20 km west of Mount Everest’s Khumbu sub-section. The mountain is at the border between China and Nepal. Makalu is the world’s fifth highest peak, at 8,485 meters (27,838 ft). It is situated at 19 km (12 mi ) southeast of Mount Everest in the Mahalangur Himalayas, on the border between the Autonomous Region of Nepal and Tibet, China. One of the 8 000, Makalu is an isolated peak whose shape is a four-sided pyramid.

At 8,516 meters (27,940 ft), Lhotse is the fourth highest mountain in the world, after Mount Everest, K2, and Kangchenjunga. Part of the Everest massif, in Tibetan, Lhotse is linked to the latter peak through the South Col. Lhotse means “South Mountain.” In addition to the main peak at 8,516 meters above sea level, the mountain includes the smaller peaks of Lhotse Middle (East) at 8,414 meters (27,605 ft) and Lhotse Shar at 8,383 meters (27,503 ft). The summit is at the frontier between China’s Tibet and Nepal’s Khumbu zone. Kangchenjunga, also spelled Kanchenjunga, is the world’s third tallest peak. It rises at an elevation of 8,586 m (28,169 ft) in a part of the Himalayas called Kangchenjunga Himal delimited to the west by the Tamur River, to the north by the Lhonak Chu and Jongsang La, and to the east by the Teesta River. It lies between Nepal and Sikkim, India, directly on the border with three of the five peaks (Main, East, and South), and the remaining two (West and Kangbachen) in the Taplejung District of Nepal.

On 25 May 1955, Kangchenjunga was first climbed by Joe Brown and George Band, who were part of an expedition to Britain. They stopped short of the summit, in keeping with the Chogyal vow that the mountain top will remain intact. Any climber or group of climbers who have reached the summit has followed this practice. K2 is the world’s second tallest peak. The mountain received its name from the notation used by British India’s Great Trigonometric Survey. At the time, the mountain did not have an clear local name and so it stuck. K2 is also called the ‘Savage Peak,’ which is awesome in a slightly point break, extreme over-the-top way. And it’s appropriate too. Typically, the mountain is considered one of the hardest climbing mountains in the world, famously harder than the Mount Everest. K2 actually has the second highest rate of fatality per mountain summit attempt over 8000 m, with around 300 successful summits and 77 deaths. Mount Everest is the highest peak on Earth above sea level, situated within the Himalayan sub-range of the Mahalangur Himal. The boundary between China and Nepal runs along its summit point.

A 1955 Indian survey identified the current official elevation of 8,848 m (29,029 ft), recognized by China and Nepal, and subsequently confirmed by a 1975 Chinese survey.

British mountaineers made the first documented efforts to attain the summit of Everest. Since Nepal at the time had not allowed foreigners to enter the country, the British made several attempts from the Tibetan side on the north ridge path. After the British first reconnaissance expedition on the North Col in 1921 reached 7,000 m (22,970 ft), the expedition in 1922 raised the north ridge route up to 8,320 m (27,300 ft), marking the first time a person had climbed over 8,000 m (26,247 ft).