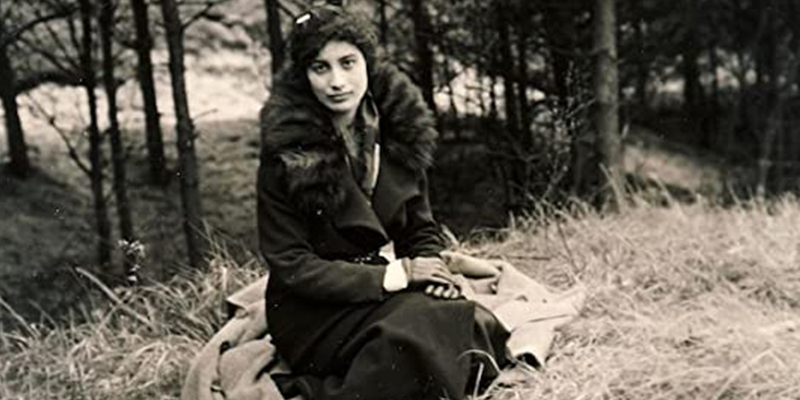 Corn Maiden, also known as Corn Mother, is a legendary person who is credited with the creation of corn or maize among North American indigenous agricultural communities. When she was alive, local folklore says there was an overflowing corn storage. To get rid of her, the Arapaho tied her up and drowned her in the river, whereas the Zuni culture terrified her with the sensual gyrations of the male dancers. When she spends her first night after marriage in a separate chamber in her husband’s family residence, it is filled of maize the next morning, according to the Tepecano version of the storey. Shajar al-Durr translates to “Pearl Tree.” After Sultan As-Salih Ayyub’s death during the Seventh Crusade against Egypt, when the Battle of Fariskur took place and King Louis IX was taken, he played a vital role. Shajar, dubbed “a beauty with a brain” by historians, began her career as a Turkish servant for the Sultan of Egypt. Shajar al-Durr formed the Mamluk dynasty while in a relationship with Aybak. Shajar al-Durr arranged a pact to restore King Louis IX to his land for a ransom of 400,000 in the money used in France during the Middle Ages after she battled and captured him.

Pasipha was the Greek queen and the Sun’s daughter, according to Greek mythology. She married King Minos of Crete and was recognised for giving birth to Asterion, commonly known as the Minotaur or Ruler of the Stars. She was known for having an uncontrollable sexual attraction to a bull that Poseidon had given to King Minos. King Minos, who was also the son of Zeus, mated with his mother Europa in the guise of a bull. Pasipha, a Bull Goddess, fashioned a charm for her husband when she found out he was cheating on her. If he slept with anybody else, he would ejaculate serpents and insects. Queen Anna Nzinga was a 17th-century queen of the Mbundu people’s Ndongo and Matamba Kingdoms in Angola. Because her umbilical cord was wrapped around her neck, she was given the name Njinga, which is derived from the Kimbundu word Kujinga, which meaning to twist or turn. When her brother was kidnapped by the Portuguese, she went to see him and requested his release in exchange for a pledge to leave Ndongo. The Portuguese provided her a floor mat to sit on instead of a chair during their meeting as a symbol of disdain. Nzinga responded by summoning one of her maids and using the servant as a chair. After moving south, she established a new nation by defeating the Jaga, a cannibal tribe. According to folklore, Nzinga was granted access to a big group of 60 male harems. Her soldiers battled to the death in order to spend the night with her, but they were executed after only one night. Hatshepsut, whose name means “Foremost of Noble Ladies,” was the fifth Pharaoh of Ancient Egypt’s Eighteenth dynasty, and was born in a lion’s cave. Apart from King Tut and Nefertiti, she was one of Egypt’s greatest pharaohs. The Metropolitan Museum of Art in New York has a whole room dedicated to her. She governed her nation for twenty-two years fifteen hundred years before Jesus was born. She controlled Egypt while dressed as a man, complete with the pharaoh’s artificial beard. She is the first great woman in history about whom we know, according to Egyptologist James Henry Breasted. Wu Zelian, also known as Wu Zhao, was China’s first female monarch, reigning for more than 4,000 years during the Tang dynasty. Wu was married to Emperor Taizong, and after his death, she married Emperor Gaozong, his successor and ninth son. She governed China until 705 AD when Gaozong died of heart illness in 690. She had a vast network of secret police intelligence agents stationed across China, and she was well-known for her “human pig” torture, in which all limbs and the mouth were severed. She married twice and had a romance with a Buddhist monk named Huaiyi in the year 685.

Khutulun was the most renowned daughter of Kaidu, Central Asia’s most powerful monarch, and Kublai Khan’s niece. Her name can be discovered in the works of Marco Polo and Rashid al-Din. Khutulun was reported by Marco Polo as a great warrior who fought alongside her father in numerous wars. Emperor Kaidu was keen to see his daughter, Khutulun, marry, but she refused until she could find a suitable guy who could defeat her in wrestling. She set up an offer for all the males in the dynasty to beat her in wrestling and marry her, with his father’s permission. Julie d’Aubigny, often known as Mademoiselle Maupin or La Maupin, was a 17th-century swordswoman and opera singer who was born in 1673. She has been dressing as a male since she was a child while learning to dance and fence. This bisexual superstar disguised up as a guy and attended a royal ball hosted by Louis XIV or his brother. She was known for her operatic voice and made her stage debut as Pallas Athena in Jean-Baptiste Lully’s Cadmus et Hermione. She had to suspend her career and leave Paris after kissing a young woman at a social party and being challenged to duels by three separate noblemen.

She was based on the historical figure Mai Bhago, whose name was changed to Mai Bhag Kaur once she converted to Khalsa, as Kaur was a surname shared by all female Khalsas. This 18th-century Sikh warrior-saint was the solitary survivor of the Battle of Khidrana, which saved Khalsa founder Gobind Singh Ji. Mai Bhago was born in Jhabal Kalan, now Amritsar, in her ancestral hamlet. She was born a Sikh and married Nidhan Singh Waraich later in life. India was controlled by the Mughals at the time, and Emperor Aurangzeb was in charge when he dispatched an imperial army in pursuit of Guru Gobind Singh. Mai Bhago came to a halt beside the Khidrana pool and confronted them with her forty martyred Sikh soldiers. During WWII, Noor-un-Nisa Inayat Khan served as an Allied Special Operations agent and was subsequently given the George Cross, the United Kingdom’s and Commonwealth nations’ highest civilian honour. She was born in Moscow to Indian parents and began working as the lone radio operator in occupied Paris. Whereas the typical employment life duration was roughly a month owing to tremendous World War II chaos and constant Nazi onslaught, she lasted over five months because to her incredible talents and bravery. Hazrat Inayat Khan, her father, was a renowned Muslim Sufi and a close friend of Mahatma Gandhi. She also served in the Women’s Auxiliary Air Force as a 2nd Class Aircraftwoman. There are many more heroines from history and mythology whose stories should be translated into modern films or comic books. We want to see them in such mediums in the future so that we may learn more about their importance in our history. Local legends are usually intriguing and, at times, more exhilarating than fairy tales, and they often include a large number of female characters who are courageous, attractive, and deserving of becoming the key characters of any producing medium.