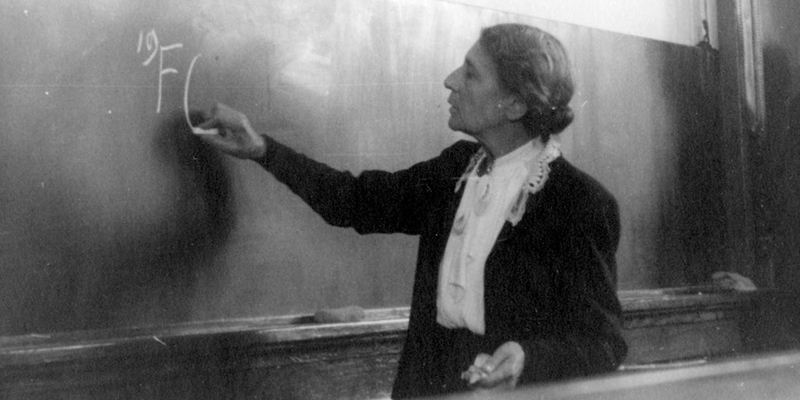 Ada Lovelace, a British mathematician, is widely regarded as the world’s first computer programmer. Her examination of Charles Babbage’s Analytical Engine, the predecessor of the computer, is considered to have contained the first known algorithms. Alan Turing’s research of contemporary computers was influenced by her works. Her name is given to a programming language created by the US Department of Defense. Dorothy Mary Crowfoot Hodgkin OM FRS HonFRSC was a Nobel Laureate in Chemistry who pioneered the use of X-ray crystallography to identify the structure of biomolecules, a method that has since become indispensable in structural biology. Penicillin, insulin, and Vitamin B12 are among them. In 1964, she was awarded the Nobel Prize for Literature. Barbara McClintock is currently considered as one of the most prominent scientists in genetics, probably second only to Gregor Mendel, despite her late recognition and rewards. McClintock made substantial contributions to the discipline of cytogenetics, and he was the first to create a maize genetic map. She conducted significant research on the issue, but her conclusions were met with scepticism by the scientific community. They were ultimately acknowledged, and she was awarded the Nobel Prize in Physiology in 1983. This American physicist, who was born in Germany, is one of the most influential figures in nuclear physics. Despite the fact that mathematics was her favourite subject, she eventually switched to physics. Meyer is credited with proposing the nuclear shell concept of the nucleus. During WWII, she was also a member of the Manhattan Project. In 1963, she became the second woman to earn the Nobel Prize in Physics, following Madam Curie. Despite the fact that she lived for just 38 years and was ignored by her peers, she is an indelible name in the history of science. Though she didn’t get the respect she deserved, this biophysicist contributed a pivotal part in the discovery of DNA structure. She created DNA X-ray diffraction photos that eventually assisted Watson and Crick in discovering the double helix model of DNA. In 1988, Gertrude Belle Elion and her colleagues shared the Nobel Prize in Medicine for their innovations in drug therapy. She was an American pharmacologist who collaborated with Dr. George H Hitchings to create AZT, an antiviral medication used to treat AIDS. She also produced medications to treat malaria, leukaemia, and herpes during her four-decade relationship with Hitchings. Irene Joliot Curie, the legendary Marie Curie’s daughter, was also a prominent scientist. She pursued radioactive research in the same way as her parents did. In 1935, she was awarded the Nobel Prize in Chemistry for discovering artificial radioactivity. She and her husband Frederic were also responsible for converting boron to radioactive nitrogen, aluminium to phosphorus, and magnesium to silicon. Lise Meitner was born in Austria and is a nuclear physicist. She collaborated alongside Otto Hahn to discover the element Protactinium while studying under notable scientists like as Ludwig Boltzmann and Max Planck. Though she was ignorant of the darker side of her studies, she was part in research that would lead to the discovery of nuclear fission and the eventual construction of the atom bomb. Meitner had to leave to Sweden when the Nazis came to power. Despite her rejection of the Nobel Prize, she was acknowledged by the scientific community by having an element named after her — Meitnerium. This anthropologist is the world’s leading authority on chimps. Even before she graduated, she worked as a chimpanzee researcher for renowned scientist Louis Leaky. She spent the most of her life chronicling the lives of chimps in Tanzania’s Gombe Stream National Park. Her thorough research offered new insight on the life of chimps, revealing that they are omnivorous and can construct and utilise tools, among other things. When it comes to notable female scientists, no one compares to Marie Curie, the Polish-French scientist who became the first and only woman to receive the Nobel Prize twice, in two different disciplines. Every country’s schoolchildren have studied her accomplishments at some time. Marie Curie was well-known for her research into radioactivity. She and her husband, Pierre Curie, were the first to discover the elements Polonium and Radium. In 1903, she shared the Nobel Prize in Physics with Pierre and Henry Becquerel for their work on radioactivity. She went on to earn the Nobel Prize in Chemistry in 1911 for discovering and isolating Radium.