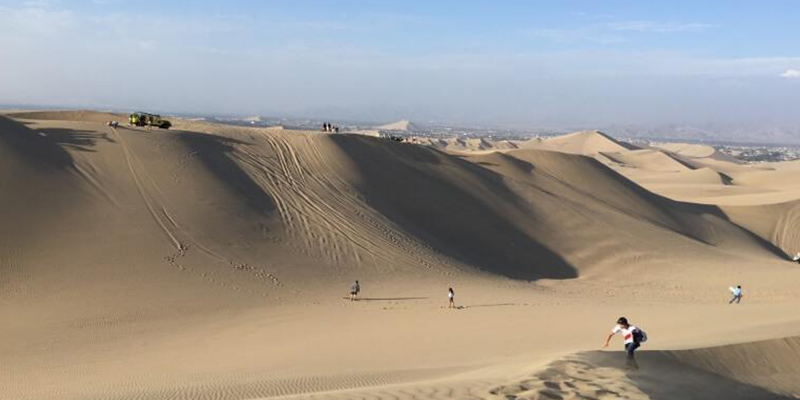 The man-made sand dunes of Hirschau in Germany are the only area in Europe where sand-boarding is available. The sport can be enjoyed here during the summer. Sand-boarding World Champions are also held here. Hirschau, Bavaria, Germany’s Monte Kaolino is a sand dune. It is made up of 35,000,000 tonnes (34,000,000 long tonnes; 39,000,000 short tonnes) of sand that has accumulated through time as a by-product of kaolinite manufacturing. This region contains the biggest stretch of coastal sand dunes in North America, stretching from Florence to Coos Bay. Sand boarding is popular in North Carolina, Colorado, California, and Arizona. The sand boarding culture in the United States is far more advanced than in other countries. Throughout the year, sandboarding is very popular in the Namib Desert. Sossusvlei, the world’s highest sand dune, is located here, and boarding or skiing down the dune requires special authorization. This sport is very popular in Swakopmund and Walvis Bay. Many Adventure Sport organisations specialise in sand boarding and offer their knowledge to guests. The desert in Dubai is ideal for sandboarding, and the region also boasts a well-organized sandboarding industry, with a number of tour companies ready to assist you. To fully appreciate the splendour of the desert, one must travel from the city to the dunes early in the morning. Sand, sun, and adrenaline combine to create sandboarding one of the country’s most popular hobbies. Chile, which is blessed with a diverse range of sand dunes of various forms and sizes, is one of the best places in the world to race down one of them. Get a standing ovation while pirouetting on the sand dunes in Iquique. In Chile, the Valle de la Muerte is the most well-known location for this sport. Cerro Dragon, Medanoso, and Punta de Choros are just a few of the many sand-boarding hotspots. Nicaragua, and your one-of-a-kind dream would come true! This adventure requires the adrenaline addict to climb the volcanic volcano Cerro Negro under the supervision of an expert. After you’ve finished exploring the summit, take your sandboard down the steep slopes of the volcanic mountain. This activity is organised by a number of enterprises based in the colonial town of Leon. On Kangaroo Island in South Australia, we may locate the “Little Sahara,” a two-square-kilometer area of naturally formed sand dunes. The Lucky Bay sand dunes in Western Australia are home to sand-boarding trips led by qualified guides on all days except Christmas, New Year’s Day, and Boxing Day. Adventure seekers flock to the Stockton dunes in Sydney and sand dunes in the Tasmanian region every year. Although Japan is not well-known for this sport, it is home to some of the world’s most spectacular sand dunes. Japan is a little Asian country with everything you might want, whether it’s unique technology, breathtaking scenery, or obscure sports. The Tattori Sand Dune is Japan’s largest sand dune, stretching along the Sea of Japan’s shore. During the months of April to November, local companies teach sand boarding in the area. This sport is significantly less popular in this region of the world than it is in other parts of the world. Sand boarding is not regulated by anybody in this area, and locals serve as guides. Locals begging for gratuities and becoming aggressive when their demands are not met have been recorded by some travel bloggers, therefore it is best for travellers to surf here in a group. Sandboarding is comparable to snowboarding, except you’ll be in the warm Huacachina desert in Ica Peru, rather than the frigid snow and ice. The other major difference is that you will be skiing on sand rather than snow, and believe it or not, the sand’s roughness makes it even faster than snowboarding! Several high sand dunes can be seen in this South American country. Duna Grande near Ica, Peru, is the world’s largest sand dune. Sandboarding is also popular in the Arequipa and Nasca regions of South Peru. The majority of Peru’s sand dunes are dangerously steep, and sailing down the incline of the dunes on a sand-board takes a lot of skill and courage.