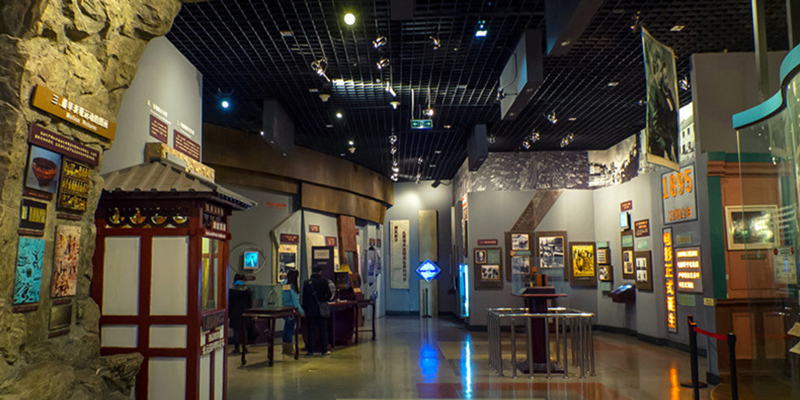 The Australian Center for Moving Image is one of the world’s most prestigious film museums. It is also the country’s second most visited museum, located in Melbourne. The State Film Center of Victoria was established in 1946. It is now a prominent Australian movie institution, conserving historical cinema objects and hosting exhibitions. There are two theatres in the museum. The Hollywood Museum is a museum in Hollywood, California, that houses a collection of artefacts from Hollywood’s film and television history. It is housed in the historic Max Factor Building on Highland Avenue, which was built by American architect Simeon Charles Lee. The official Hollywood Museum is located at 1660 Highland Avenue in the Max Factor Building. The museum has a vast collection of American movie artefacts. It is the ideal location for learning about Hollywood’s history. On the four levels, there are also numerous film sets, personal objects, costumes, and even automobiles on exhibit.

The German Cinema Museum, located in Frankfurt am Main, is a spectacular showcase of German film culture. The museum takes visitors on a trip through cinema’s history and technological advancements. It frequently partners with outstanding filmmakers to create new films and conduct cinematic experiments. It is currently a part of the German Film Institute. There are several attractions, including reconstructions of film sets and cinematographic materials, as well as a large library. The London Film Museum, founded by Jonathan Sands in 2008, is presently housed in Covent Garden. This incredible museum, once known as the Movieum of London, houses a variety of film sets, costumes, and other artefacts. There are other parts dedicated to the improvement of cinematic technical knowledge. The museum hosts thematic exhibitions on a regular basis, the most recent of which being Bond in Motion, a tribute to James Bond films. This film museum, housed at the Odessa Film Studio, focuses on the development of cinema in Eastern Europe. Thousands of items are housed in collections. The area dedicated to the development of film before the Lumiere brothers is without a doubt the most notable attraction. Rare books and movies are on display, enticing every budding filmmaker to take a look. This museum, which is housed within the Mole Antonelliana tower, was founded in 2008. It arose from the collection of Maria Adriana Prolo, a film buff. Film reels, posters, and costumes, mostly from Italian cinema, are on display in the museum. It organises a number of film festivals, including the well-known Torino Film Festival.

3 The Museum of Film and Television The Museum of Film and Television is one of the world’s most important film museums. It first opened its doors in 2000, presenting key events in German cinema history, particularly during the Nazi dictatorship. It features a fantastic film archive as well as a library. Rare pictures, actual film props, and costumes are among the over a thousand permanent exhibitions. France boasts one of the world’s most thriving film cultures. The Museum of Cinema, or La Cinematheque Francaise, is a museum in Paris dedicated to the history of French cinema. It contains one of the world’s largest collections of movies and associated artefacts, having opened in 1936. This museum is distinguished by its exceptional library and outstanding cinema programmes. China National Film Museum, the world’s largest professional movie museum, is located in Beijing. It was inaugurated in 2005 to commemorate the 100th anniversary of Chinese film. This museum, which holds around 1500 film prints as well as hundreds of photos and other cinema-related artefacts, provides a comprehensive look at China’s film history. The museum includes 20 permanent display galleries and is spread out across 65 acres. Six video theatres and one iMax theatre are also part of the museum.