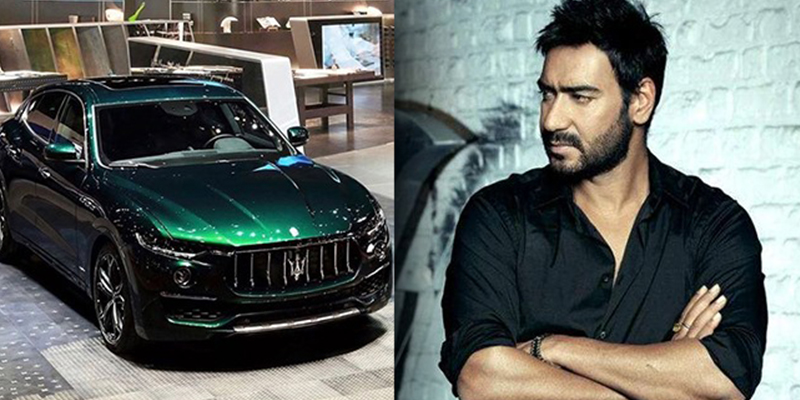 1 A lavish house in London Ajay Devgn and Kajol possess a beautiful home in London worth 54 crores, according to a storey in Times Now. It is located on Park Lane in London, making them Shah Rukh Khan’s neighbours. Ajay Devgn and Kajol, like most other Bollywood stars, like driving around in style. Ajay Devgn bought home an ultra-cool Rolls Royce Cullinan in 2019, which cost him 6.5 crore. Devgn was also the first Bollywood star to purchase the Maserati Quattroporte in 2008, along with this monstrous luxury SUV. The automobile, according to Cartoq, costs upwards of 1.5 crore and is powered by a 4.7-litre V8 petrol engine that produces 431bhp and 490Nm torque. Devgn was also one of the first Bollywood stars to own an own plane. He was predicted to be the first Bollywood star to possess a private jet by an Economic Times storey. Devgn purchased a six-seat Hawker 800 aircraft, which he frequently flies for promotional events, filming, and personal usage. The aircraft costs a whopping 84 crore, according to a report in Times Now. Shivshakti, owned by Ajay Devgn, is one of the most well-known Bollywood addresses in Juhu, Mumbai, which also contains a collection of Bachchan mansions. Surprisingly, the Devgns purchased another luxury house in Juhu as recently as May 2021. This home is only a short distance away. According to TOI, the new house is valued Rs 60 crore.